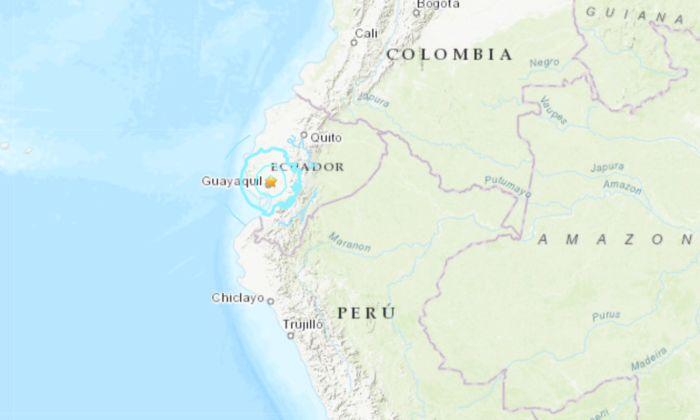 An earthquake of magnitude 5.7 shook the northeast of the port of Guayaquil, Ecuador, on July 14, 2022. The screenshot is taken on July 15, 2022. (USGS/Screenshot via The Epoch Times)
Americas

The U.S. Geological Survey said the quake struck at a depth of about 80 kilometers (49 miles) and was centered nearly 20 kilometers (12 miles) northeast of the port of Guayaquil.

The Geophysical Institute of Ecuador said the tremor was felt over most of country, though “weakly” in the mountains.

Jorge Vera, mayor of the Simón Bolívar canton in the coastal Guayas Province, said a 16-year-old was killed. He said a high voltage cable fell while the victim was engaged in “a sports activity,” but gave no further details.