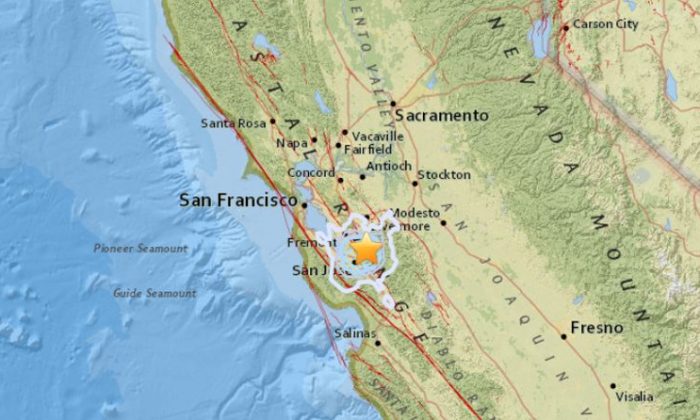 A 3.9-magnitude earthquake struck in the Bay Area region in California on Monday, April 16, according to U.S. officials.

The U.S. Geological Survey (USGS) said that the tremblor hit the hills east of San Jose on Monday morning at 9:40 a.m. local time. Specifically, it hit about five miles east of the Alum Rock neighborhood at a depth of five miles.

Many people in the Bay Area said they could feel the quake.

I felt that earthquake in #SanJose. But I rolled my eyes at Mother Nature and told her: not today please.

So far this morning we've had hail and a (minor) earthquake. I can only assume the locusts are on their way.

Slow down Mother Nature…
Hail ✔️
Thunder✔️
Lightning✔️
Earthquake✔️
That’s a lot for this CA girl on a Monday morning.

Hail in East Bay Hills. A sloppy Boston Marathon. Thunderstorms. Earthquakes….
Sounds like Mother Nature is beating by her own drum today. https://t.co/lfHtCAega3

CBS San Francisco reported there were no injuries or damage done in the quake.