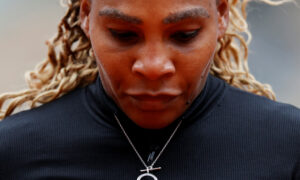 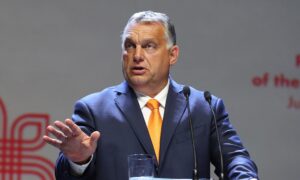 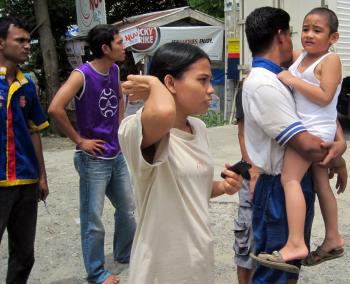 Residents in Aceh stand outside after a magnitude 7.2 quake hit the province on May 9. The quake struck at a depth of 18 miles, 41 miles southwest of Meulaboh district and triggered a local tsunami alert. (Nurdin Hasan/Getty Images )
International

By Peter Sedik
Print
A magnitude 7.4 earthquake hit the coast of Indonesia on Sunday, at a depth of 18 miles, according to local meteorologists. The earthquake near the Aceh territory on the the island of Sumatra triggered a tsunami warning, which was withdrawn within an hour after sea-level readings found the tsunami had not been generated.

Local witnesses said the quake caused people living in Aceh to run out of their homes in panic. According to the US Geological Survey, the earthquake was actually 7.2 on the Richter scale, and centered 215 km (130 miles) south-south-east of Banda Aceh, Sumatra, Indonesia. It resulted a power outage on Simeulue island, Aceh, and was widely felt in Indonesia. It was also felt in Laos, Malaysia, Myanmar, Singapore and Thailand. Of the 227 responses from 42 cities in the region that the US Geological Survey received reports from at the time of this update, most described the experience of the quake as "light" with only Banda Aceh and Meulobah reporting a "moderate" quake.

An underwater magnitude 9.1 earthquake in 2004 off the coast of Sumatra killed more than 200,000 people and caused an estimated $10 billion in damage. Aceh was the hardest-hit area by the tsunami at the time.