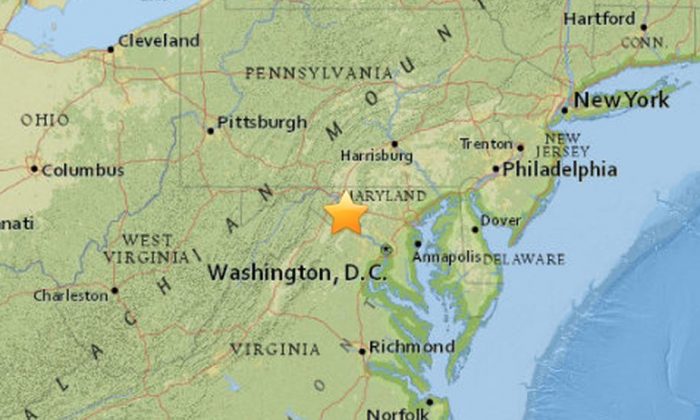 A small earthquake hit around 50 miles outside of Washington, D.C., on Sunday afternoon.

The agency said the quake hit at a depth of 3.1 miles, or 5 kilometers.

It added that a quake of that magnitude is categorized as “weak” and no damage was reported.

Earthquake in Michigan a Reminder of State’s Peculiar History

According to the American Geophysical Union, “The 2011 Washington DC earthquake may have been felt by more people than any other U.S. quake in history.”

And meanwhile, according to the organization, “Aftershocks from the 2011 Virginia earthquake have helped scientists identify the previously unknown fault zone on which the earthquake occurred.”

It also said: “Quakes in the eastern portions of North America tend to be felt across a larger area, probably because the rocks here are old and cold compared to those in the West. … The DC quake was the biggest East Coast quake since the 1886 Charleston South Carolina quake.”