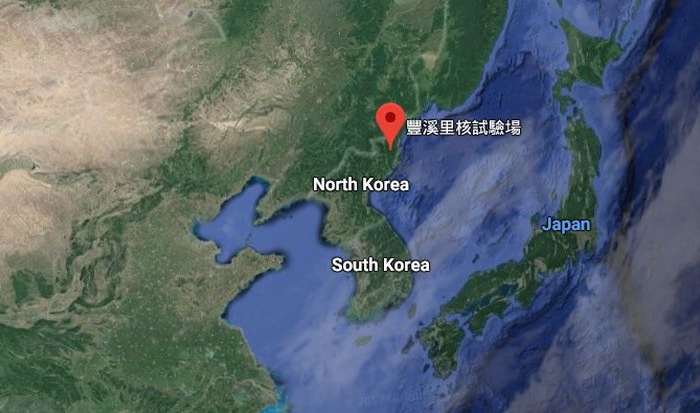 An earthquake was registered in North Korea on Saturday, several miles from the controversial Punggye-ri nuclear site, according to reports.

The most recent nuclear test carried out by the North Korean regime was at the Punggye-ri nuclear site on Sept. 3.

“Kilju is a rocky area where natural earthquakes normally do not occur. However, the quake could have been caused by geological changes created from the recent nuclear explosion,” said an agency official, according to UPI.

Since the Sept. 3 test, four earthquakes have been detected near the site.

“The quake is a natural one and it is believed to have occurred in the aftermath of the sixth nuclear test,” the KMA said, The Independent reported.

The incident comes several days after Pyongyang fired a missile toward Japan, and officials said the latest test can put Washington D.C. within range.

South Korea’s Ministry of Defense said the Hwasong-15 missile tested on Wednesday was a new type of intercontinental ballistic missile (ICBM) which can fly over 8,080 miles, placing Washington within target range, Reuters reported.

The test prompted a warning from the United States that North Korea’s leadership would be “utterly destroyed” if war were to break out, a statement that drew sharp criticism from Russia.

Pyongyang has said its Wednesday missile test was a “breakthrough” and leader Kim Jong Un said the country had “finally realised the great historic cause of completing the state nuclear force.”

After North Korea released video footage and photographs of Hwasong-15, U.S. based experts said it appeared North Korea was indeed capable of delivering a nuclear weapon anywhere in the United States and could only be two or three tests away from being combat ready.