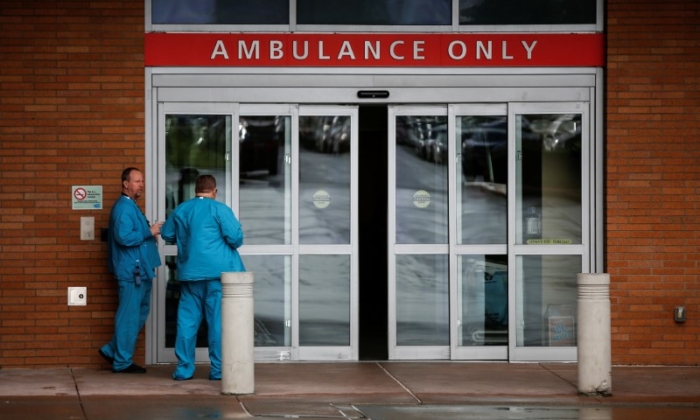 Employees in scrubs talk next to the ambulance entrance at Providence Regional Medical Center in Everett, Wash., on Jan. 21, 2020. (Lindsey Wasson/Reuters)
By Zachary Stieber