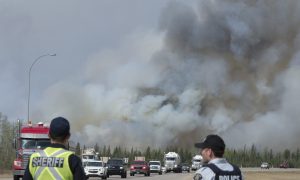 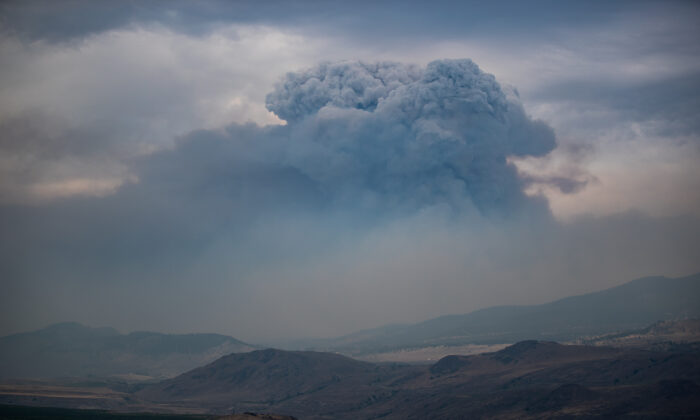 A pyrocumulus cloud, also known as a fire cloud, forms in the sky as the Tremont Creek wildfire burns on the mountains above Ashcroft, B.C., on July 16, 2021. (The Canadian Press/Darryl Dyck)
Canada

The federal government says neither Canada nor the United States can lend each other any extra firefighters as they deal with one of the most severe wildfire seasons in recent memory.

This year, however, Ottawa says there’s not enough personnel to go around — and that the problem is only going to get worse.

A Natural Resources Canada background memo says it is time for a new collaborative strategy, given the strain on resources caused by longer, more intense fire seasons.

In addition to their shared focus on mitigating climate change, the memo says Canada and the U.S. are discussing a “co−ordinated investment program” to increase the pool of trained firefighters.