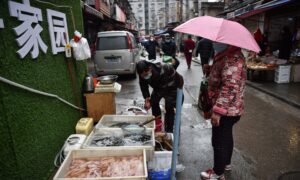 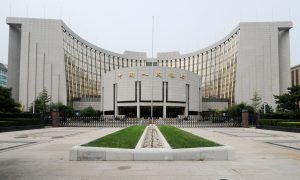 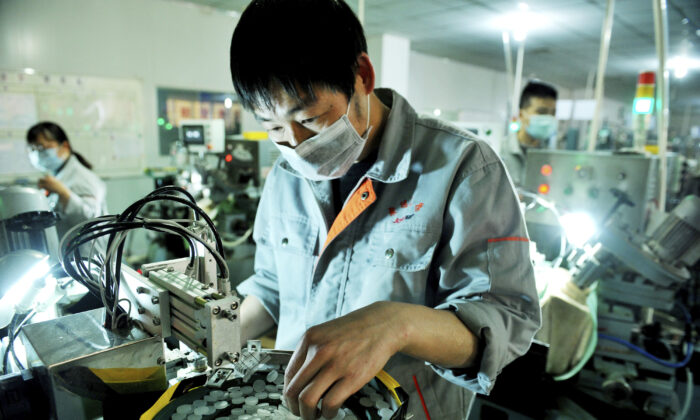 After the U.S. Federal Reserve cut benchmark interest rates by 50 basis points last week, the focus has shifted to China—and how far Beijing will go to stimulate China’s economy.

Beijing has urged businesses to reopen their doors as the COVID-19 outbreak sidelined business activity in February. But economic activity in China has declined dramatically. Readings on the state of the economy suggest that China could officially plunge into contraction for the first time since the 1970s.

Chinese exports plunged at the beginning of the year. Total exports in January and February declined by 17.2 percent compared to the same period in 2019, according to latest official data from the General Administration of Customs released March 7.

China had postponed reporting January figures and chose instead to report January and February figures in total, perhaps due to a large portion of the country being under quarantine and to blunt the expected sharpness of the decline in February. As a result, China ran a trade deficit for the first two months of 2020.

Other economic indicators, including the Purchasing Managers’ Index (PMI), are worse.

The National Bureau of Statistics PMI, which focuses on the country’s manufacturers, fell to an all-time low reading of 35.7 in February from 50.0 in January. That’s deeply in contraction territory—the 50-point mark is the dividing line between expansion and contraction.

China’s services sector also had its worst month on record. The official non-manufacturing PMI fell to a record low of 29.6, from 54.1. The Caixin/Markit Services PMI, a privately run index that surveys smaller, export-focused businesses, fell to an even lower record low of 26.5 in February, from 51.8 in January.

What does this all mean? The early data suggest that China’s economy in February has crashed to its lowest levels since modern indicators were put in place, around two decades ago.

Stimulus Is Coming, but How Much?

How far will Beijing go to get the economy back on track? Both South Korea and Italy have launched fiscal spending and stimulus measures to dampen the economic shock caused by the virus outbreak.

In China, businesses are slowly reopening, and some inter-city transportation is getting back online, except in those regions hardest-hit by the coronavirus. Analysts from Morgan Stanley looked at China’s transportation data and recently estimated that the cancellation rate of domestic flights sat at 56 percent as of last week.

There are some challenges to work through even after businesses reopen. Factories must work through a heavy backlog, and some must wait for key components to work their way through the supply chain, including migrant workers, parts, and inputs from upstream manufacturers, and bank credit lines.

So far, Beijing regulators have enacted measures to ease businesses’ burdens while they remain closed, such as granting reductions in employer social security contributions, VAT (value-added tax), and other fees while urging banks to grant waivers and roll forward credit.

The prevailing theory against massive stimulus is that this is a supply-side shock. Assuming the virus is contained in a reasonable amount of time, economic recovery will be swift like a V-shaped curve. Currently, factories are not running—not due to a lack of demand or credit, but a lack of supply of parts and labor.

For now, Beijing is focused on providing ample food and medicine. Too much stimulus too early could be a waste of ammunition—what some economists have called last week’s surprise rate cut by the Fed. Expect easing measures to ramp up quickly if there are signs the virus outbreak has peaked.

China has reason to launch a pretty strong stimulus effort, as the Chinese Communist Party faces two legitimate threats—one from the virus and another from the economic fallout. And efforts to combat one are often detrimental to the other.

“We revise our projection of fiscal stimulus from around CNY 3.5 trillion to CNY 4 trillion ($500 to $577 billion), which is equivalent to 4 percent of nominal GDP in 2020, and this could be increased if more is required to boost economic growth,” ING Bank wrote in a March 6 note to clients.

ING’s expectations are on the high end. But it’s likely that as soon as the virus is somewhat contained, China will embark on heavy spending and stimulus efforts. Otherwise, Party leader Xi Jinping’s 2012 promise to double China’s GDP by 2020 would be in jeopardy.