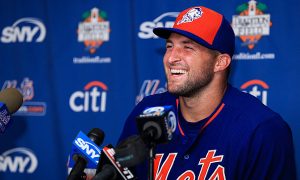 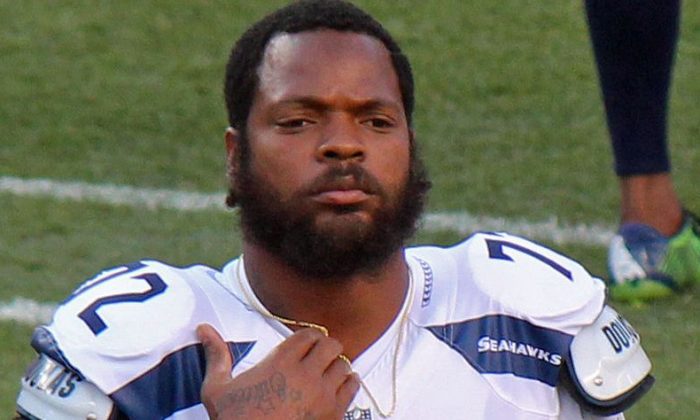 The footage shows Bennett walking off the field and getting in the face of a CBS Philadelphia camera operator.

Ok, here is the video of #Eagles DT Michael Bennett walking off the field after #SaintsEagles playoff game confronting cameraman from CBS Philadelphia.
This video shot by our cameraman @lefteyedaquano as we were preparing for our coverage on @CoxSportsTV pic.twitter.com/9lWgU9eEB7

It’s not clear why Bennett, 33, confronted the man.

A reporter tweeted that the “cameraman said nothing before Bennett approached him and could not tell what cameraman said when Bennett got in his grill.”

The video shows Bennett yelling at him for about 10 seconds before heading to the locker room.

Derron says cameraman said nothing before Bennett approached him and could not tell what cameraman said when Bennett got in his grill. https://t.co/Coa5kC5i5L

Bennett was involved in a fracas at the end of the game.

He appeared to grab Saints guard Larry Warford by the back of his helmet after Saints quarterback Drew Brees kneeled the ball to end the game.

Some claimed he tried to rip Warford’s helmet off.

Bennett was also fined $10,026 for unnecessary roughness after he was caught throwing an open-handed strike at Kyle Long of the Chicago Bears during Philadelphia’s 16-15 win over the Bears in the wild card round a week ago.

Bennett, who was traded to the Eagles from the Seattle Seahawks during the offseason, had nine sacks and 34 tackles for the season.

In March, he was indicted for allegedly assaulting a 66-year-old woman at Super Bowl LI in Houston, Texas, in 2017. According to the Harris County district attorney’s office, Bennett was at the game to watch his brother Martellus Bennett play.

Investigators said he was trying to get on the field to celebrate but in the process of trying to get past security, he pushed the 66-year-old woman, who was in a wheelchair, according to 6ABC.

“You all must know who I am and I can own this [expletive]. I’m going down to the field, whether you like it or not,” he allegedly said, according to Houston Police Chief Art Acevedo.

“Mr. Bennett may think that because he’s an NFL player and some time passed … he may have thought that, number one, rules don’t apply to him, number two, he doesn’t have to respect the dignity of a paraplegic woman,” Acevedo said at the time, reported the News Tribune.

Bennett was indicted on a felony charge of injury to the elderly, which has a penalty 10 years in prison and a $10,000 fine.

Michael Bennett is such a fraud. Fact media has protected him is shameful. How dare this cameraman do his job? https://t.co/3phLsQKVqQ

“We are aware of the situation involving Michael Bennett and are in the process of gathering more information,” the Philadelphia Eagles said in a statement to 6ABC. “Because this is an ongoing legal matter, we will have no further comment at this time.”

Last summer, Bennett claimed he was mistreated by Las Vegas police officers following an incident outside a casino.

The incident prompted an investigation by the NFL.