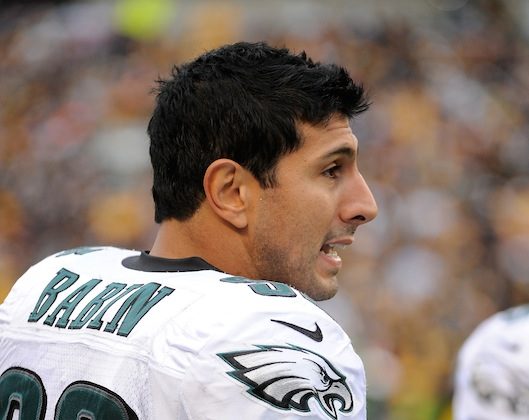 Jason Babin had 5.5 sacks through 11 games this year after registering 18 in 2011. (Joe Sargent/Getty Images)
NFL

The Philadelphia Eagles cut two-time Pro Bowl defensive end Babin Tuesday, according to a report on the NFL’s website.

Babin, who has made the Pro Bowl each of the past two seasons while accumulating 30.5 sacks, had 5.5 sacks through 11 games this season for the 3-8 Eagles.

“We appreciate everything that Jason has given this team over the last couple of years,” coach Andy Reid said in a statement. “We wish him all the best as he continues his career. By releasing him today, this gives us an opportunity to give more playing time to some of the younger guys in the defensive line rotation.”

Without the services of the 32-year old Babin, the Eagles are expected to play rookie Vinny Curry and third-year end Brandon Graham instead.