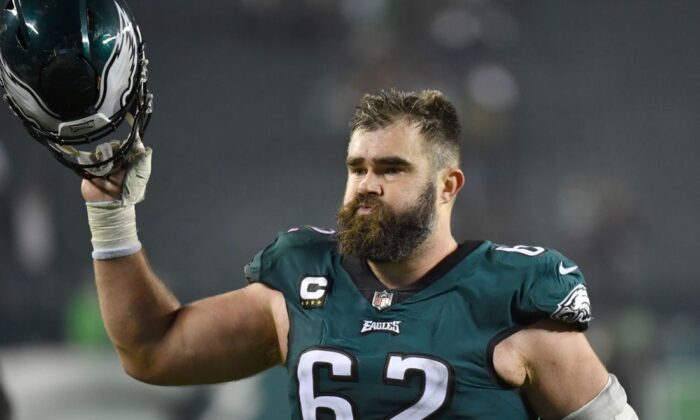 The team did not provide an estimated timetable for the 34-year-old veteran’s return to the field.

“After trying to work through discomfort in his elbow, it was agreed that a routine ‘cleanout’ was in his best interest and would also allow for a speedy recovery, the team said.

Kelce has started 122 consecutive games, keeping the streak alive with one snap in the 2021 regular-season finale against the Dallas Cowboys.

Entering his 12th season, he has started 159 regular-season games and eight postseason games—including a victory in Super Bowl LII—since the Eagles drafted him in the sixth round out of Cincinnati in 2011.

Rookie Cam Jurgens, a second-round pick from Nebraska, is listed behind Kelce on the depth chart.

Philadelphia hosts the New York Jets in Friday’s preseason opener. The Eagles kick off the regular season on Sept. 11 at the Detroit Lions.