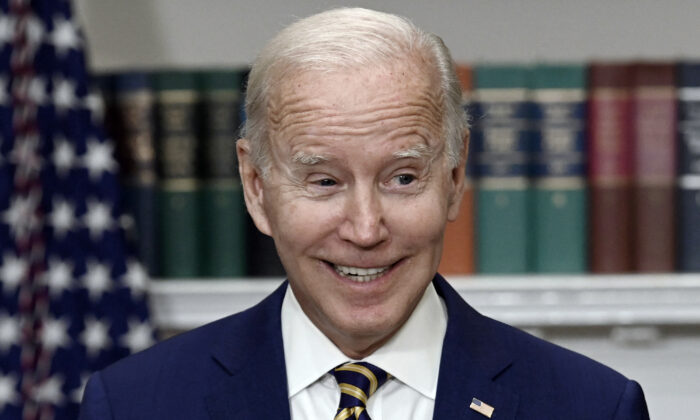 Each Taxpayer on Hook for $2,500 for Biden’s Student Loan Forgiveness Scheme: NTUF

If President Joe Biden’s student debt cancellation scheme were to be implemented, it would cost every single American taxpayer in excess of $2,500, according to an estimate by the National Taxpayers Union Foundation (NTUF).

Biden’s plan seeks to eliminate $10,000 worth of debt for each federal student debtholder. For borrowers who received federal Pell Grants, $20,000 worth of debt would be eliminated. NTUF calculates that such a move will add $386–405 billion in net costs to taxpayers based on conservative assumptions, it said in a blog post on Aug. 25. This would mean that each American taxpayer would bear an extra burden of $2,503.22, up by more than $400 from an earlier estimate.

The debt cancellation program “more than wipes out” the deficit reduction projected to be achieved by the recently passed Inflation Reduction Act (IRA) in the first decade, stated the organization. The deficit increase from canceling student loans is expected to exceed IRA’s deficit reduction by $100 billion.

A recent analysis by the Committee for a Responsible Federal Budget also found that the effect of student loan cancellations will not even last long.

NTUF expressed concerns about the negative effects loan cancellations will have on higher education institutions and future borrowers. The organization believes colleges and universities will eventually raise their fees.

An estimate by the Federal Reserve Bank of New York states that college tuition fees rise by $0.60 for every dollar of subsidized student loan. NTUF also believes borrowers might take riskier decisions.

In addition, government administrators who oversee federal student loan programs may slack off when it comes to loan serviceability due to expecting debt cancellations, it warned.

In an interview with The Epoch Times, Gary Wolfram, a professor of economics at Hillsdale College, raised ethical concerns about Biden’s debt cancellation program.

People who went to community college and worked full-time so as to avoid taking a loan will now have to pay taxes for forgiving loans that some “upper-middle-class student” took, he pointed out.

“And what about the people who paid back their loan? Everybody who paid it back should get a check for $10,000. That would be the rational thing to do,” he added.