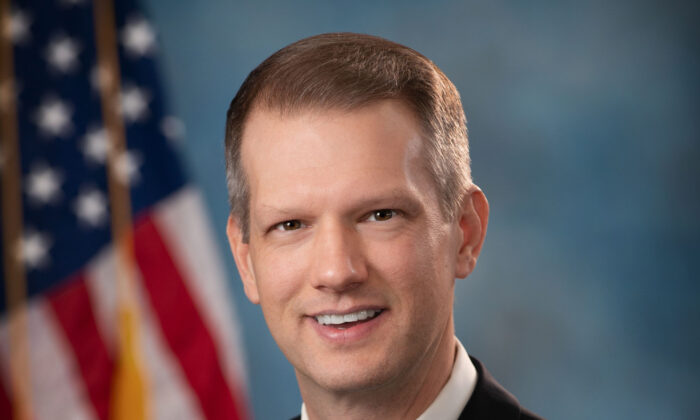 West Virginia’s status as a coal-producing state has pitted it against the “E” in the environmental, social and governance (ESG) movement.

Yet, the “S” and “G” may cause problems too, according to West Virginia Treasurer Riley Moore.

“For us, the ‘E’ is the most immediate near-term threat,” said Moore, who added that banks, asset managers, and ratings agencies have embraced ESG.

West Virginia is one of a number of energy-producing states to act against ESG.

He did so to comply with a new West Virginia law that prevents the state from making investments in funds tied to fossil fuel boycotts.

Texas has passed a similar law. In August, its state comptroller released a list of 10 financial firms and more than 340 funds it claims are boycotting fossil fuels.

“Who’s part of this? Everybody. Your 401(k), your pension plan–they’re using your money to push their goals,” Moore said.

He also took issue with the move from shareholder to stakeholder capitalism, a point of contention in the larger debate over ESG.

Many critics argue that stakeholder capitalism undermines the proper role of the company by assigning it responsibilities beyond returning value to shareholders.

Defenders of stakeholder capitalism assert that a shareholder-only philosophy allows companies to ignore or actively harm American workers, the natural environment, and other interests.

A similar debate played out during a NatCon panel on ESG.

Some panelists stressed a return to political neutrality among investors as well as the feasibility of market-based solutions.

In contrast, panelist Theo Wold, a Trump administration alumnus, argued that neutrality and market-based solutions are not enough. Companies, he said, must be compelled to be actively pro-American at multiple levels.

A company with neutral values “feel no compunction in outsourcing our factories, polluting our rivers and our lakes, ripping off workers, unfairly squashing family businesses, or swallowing whole family farms,” Wold stated.

Speaking to Jekielek, Moore described the “E” in ESG as a Trojan horse, intended to smuggle weaponized concepts into the private sector through words and phrases that sound innocent or even attractive.

“This [“S”] is where you get into the very, very deep left-wing social policies–diversity, equity and inclusion.”

The “G,” he continued, “is the governance side of it.” In practice, that can translate to selecting board members based on identity characteristics such as race, gender, and sexuality.

That sort of pressure has already yielded results. NASDAQ now generally requires the companies it lists to have “a minimum of two diverse board members,” with the approval of the Securities and Exchange Commission.

“If you buy into the first part of it, the ‘E,’ ‘let’s do something about the climate,’ you’re buying the other parts, the ‘S’ and the ‘G.’ You’re buying into corporations paying for people to be flown into other states in America to be able to get abortion services. You’re buying into this transgender ideology,” Moore told Jekielek.

Moore also disagreed with those who might argue that he is interfering with the operations of private businesses by debanking from alleged fossil fuel boycotters.

“What I am doing is speaking on behalf of the taxpayers of my state, my constituents,” he said.