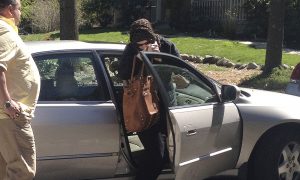 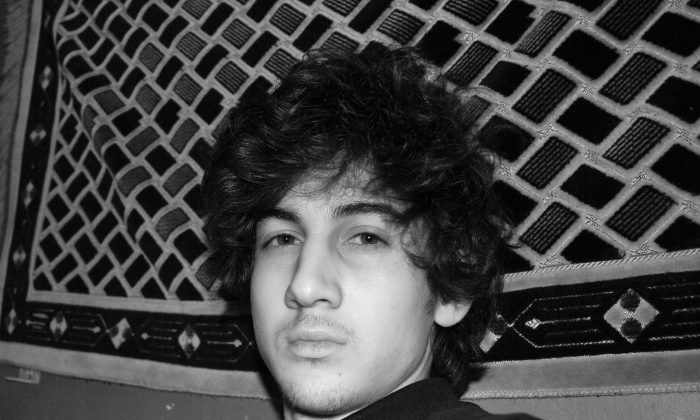 This undated photo provided by the vkontakte website shows Dzhokhar Tsarnaev, one of the suspect in the Boston Marathon bombings. (AP Photo/vk.com)
Boston Marathon

CBS News reported that there was a bullet wound in the back of the 19-year-old college student’s neck that could have been the result of a botched suicide attempt.

Tsarnaev was apprehended and remained in serious condition over the weekend under tight security at Beth Israel hospital in Boston. He was captured in Watertown, Mass., after he was the subject of a massive police manhunt on Friday.

Reports said that he was unable to speak and remains under heavy sedation. No charges have been filed against him yet but prosecutors are working to draft up a case against him.

“[Investigators are] saying that wound to the back of the neck is very possibly a suicide attempt,” CBS correspondent John Miller said. “They say it appears from the wound that he might have stuck a gun in his mouth, and fired and actually just went out the back of his neck without killing him. That’s one of the reasons he’s unable to communicate, but he can understand what they’re saying.”

Two photos have emerged on Friday night purportedly showing Tsarnaev’s arrest and the ambulance trip. Both apparently show his face covered in blood.

A source also told New York Newsday that Tsarnaev may have attempted suicide. The source said that Tsarnaev mouthed curse words to himself or to authorities standing watch over him.

Boston Police Commissioner Edward Davis said on CBS that the crime scene where Tamerlan Tsarnaev and Dzhokhar Tsarnaev battled with police on Friday night was “littered” with unexploded bombs, suggesting the duo wanted to attack others.

He said the two were “going to attack other individuals,” based on the weapons they had.

The marathon bombing killed three people and left 170 wounded. Dozens of victims are still reportedly in the hospital, and around six are still in critical condition.