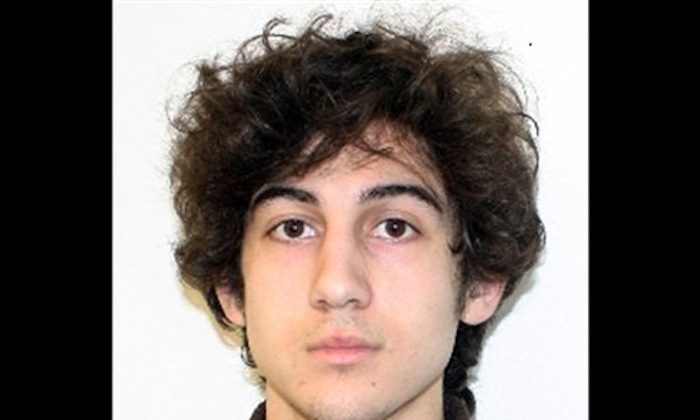 Dzhokhar Tsarnaev, one of the alleged Boston Marathon bombers. (AP Photo/Federal Bureau of Investigation, File)
US

Dzhokhar Tsarnaev Restrictions in Jail Are Too Harsh, Should be Eased

Dzhokhar Tsarnaev, one of the alleged Boston Marathon bombers, faces restrictions in jail that are too harsh and should be eased, his attorneys say.

Restrictions have left him in isolation while preventing necessary communication with his family and attorneys, his lawyers say.

Furthermore, there is no basis for the special measures Attorney General Eric Holder ordered in late August, they say.

“The government has not alleged that Mr. Tsarnaev has done or said anything since his arrest to commit violence, incite violence, or engage in communications that pose a security threat,” the lawyers argued in a court filing Wednesday, calling the measures “unlawful and unwarranted.”

Federal prosecutors haven’t responded yet to the court filing, reports the Boston Globe.

Tsarnaev is accused of, with his brother, orchestrating the bombing at the April 15 Boston Marathon that killed three people and injured hundreds of others.

He may face the death penalty.

His lawyers say they’ve had trouble communicating with him because the special measures limit who from the defense team can visit or communicate with him.

Holder, in ordering the measures, said that they are “reasonably necessary to prevent the inmate from committing, soliciting, or conspiring to commit additional criminal activity,” according to records made public Wednesday.