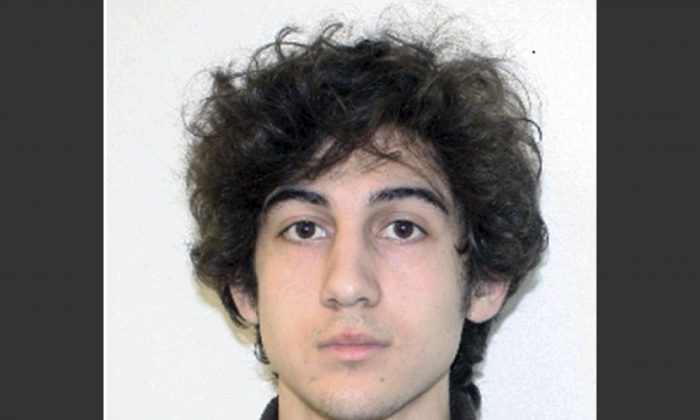 Dzhokar Tzarnaev, the accused Boston Marathon bomber, wasn’t injured in prison leading to him never being able to walk again. This file photo provided Friday, April 19, 2013 by the Federal Bureau of Investigation shows Boston Marathon bombing suspect Dzhokhar Tsarnaev. The focus of the Boston Marathon bombing trial figures to be as much on what punishment Dzhokhar Tsarnaev could face as on his responsibility for the attack. With testimony expected to start later in January 2015, the Justice Department has given no indication it is open to any proposal from the defense to spare Tsarnaev's life, pushing instead toward a trial that could result in a death sentence. (AP Photo/FBI, File)
News

Dzhokar Tzarnaev, the accused Boston Marathon bomber, wasn’t injured in prison leading to him never being able to walk again.

A fake news piece from Empire News, a satirical website, said that Tzarnaev was hurt in prison.

According to a disclaimer for the site, it doesn’t post real news stories. “Empire News is intended for entertainment purposes only. Our website and social media content uses only fictional names, except in cases of public figure and celebrity parody. Any other use of real names is accidental and coincidental,” it says.

The bunk article had more than 150,000 shares on Facebook.

Corrections officers reportedly found the alleged terror suspect face down in a pool of his own blood in his cell; a banana peel was found on the floor nearby.

“It initially appeared as though Tsarnaev slipped on a discarded banana peel and hit the floor with such force that his head bounced off the hard tile surface, probably 16 or 17 times. There was blood everywhere – all over the walls, the floor, even the toilet. The injuries have caused massive brain trauma,” said prison investigator Joe Goldsmith. “We determined though, through expert analysis, that it would be impossible for these injuries to have occurred through a fall. Our investigation has shown that that it was the Aryan Brotherhood who initiated an attack on Tsarnaev.”