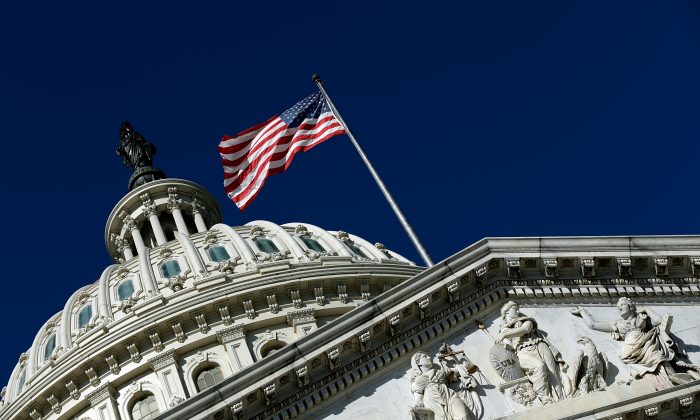 Earlier this month, The Economist, the renowned British weekly, ran an editorial advocating an end to the U.S. dollar’s supremacy as the world’s chief currency. The magazine offered several economic motives and one supremely political one. “For how long,” its editors wrote, “will countries be ready to tie their financial systems to America’s fractious and dysfunctional politics?”

I want to be blunt here. Congress’s inaction on a host of important issues—its inability to deal with our problems—is doing real damage to our country. It undermines our ability to lead in the world and causes undue economic and social hardship at home.

What strikes me hardest about that sentence in The Economist is that it reflects a sobering truth: people both at home and abroad now accept that our current unworkable politics shows no sign of changing and could intensify. We are getting a reputation as a nation that cannot deal with many of its problems.

If we’re to get out of this mess, the starting point is to recognize the political reality of divided government. The parties have a right to their own hopes and aspirations, but they also need to take seriously the responsibility to govern.

The truth is always complex. You will find plenty of mayors, governors, state legislators, and even federal officials who don’t have the luxury of gamesmanship; they confront problems and solve them, often with great creativity. Those who discount us forget that we have a deep bench.

Yet if you look ahead at the next few months, it’s hard to avoid a sinking feeling. The leadership battles put the Congress in even greater disarray just before a series of critical fiscal deadlines. Congress has to raise the debt ceiling by early November. It needs to craft a long-term budget deal. It has to come up with a multiyear plan for highway spending. It needs to reauthorize the Export-Import Bank, which helps American businesses sell their goods overseas. It has to decide what to do with a series of tax breaks that are due to expire. These things will not happen without a great deal of turmoil.

That’s because congressional politics today are bewildering, free-swinging, unscripted, and unprecedented. I can’t figure out how so many members of Congress reached a point where they cannot accept the fundamental political reality of our times. You need 60 votes to move legislation in the Senate, along with 67 votes to override a veto in the Senate and 290 votes to do so in the House. With the White House controlled by one party and Congress controlled by the other, those numbers are the fundamental fact of legislative life. They force a choice on members of Congress: to protest, make speeches, and strike ideological positions; or to govern. Too many members are opting for the first choice.

Yet if we’re to get out of this mess, the starting point is to recognize the political reality of divided government. The parties have a right to their own hopes and aspirations, but they also need to take seriously the responsibility to govern. They need to find a way past the unhappiness and anger that are evident in the country at large.

Given the seriousness of our problems and the lack of progress on the policy agenda Congress is supposed to handle, there’s really only one way forward: through negotiation and compromise. This has never been easy—learning to compromise on the issues without compromising one’s own principles—but it’s especially challenging now, when I worry that striking a deal has become a lost art.

Still, certain steps seem obvious. The congressional leadership must let the Congress work its will. Members should be allowed to vote straightforwardly on the major policy issues of the day, without leadership manipulating the process to control the result. The House should reject the Hastert Rule, under which a majority of the majority caucus is required to bring a bill to the floor. And both houses need to stop the outrageous use of huge omnibus bills adopted by short-cutting time-tested regular order procedures.

If Congress does not learn to compromise and negotiate, the country is headed for even deeper trouble than we’re currently in. U.S. world leadership will slip, our ability to deal with economic and social issues at home will deteriorate, and the electorate will become even more embittered. Our future is in Congress’s hands. It would be nice if they recognized it.