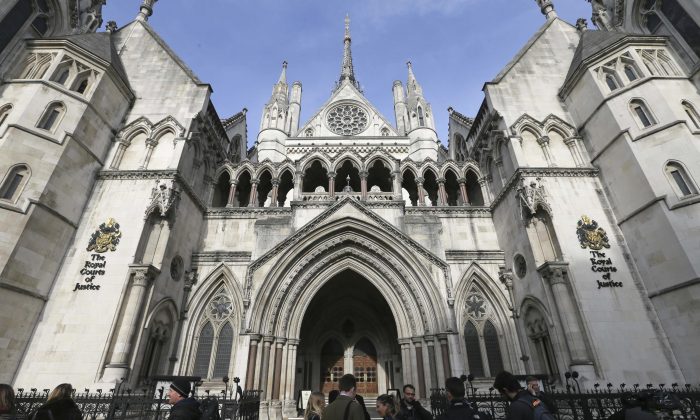 LONDON—The teenage girl’s instructions were direct: She didn’t want to be buried, but to be frozen—with the hope she can continue her life in the future when cancer is cured.

“I want to live and live longer and I think that in the future they may find a cure for my cancer and wake me up,” the 14-year-old wrote to a British judge before her recent death.

She said “being cryopreserved gives me a chance to be cured and woken up—even in hundreds of years’ time.”

Her plaintive words convinced High Court Judge Peter Jackson to grant her final wishes in what he called the first case of its kind in England—and possibly the world.

The girl’s divorced parents disagreed about the procedure, with the mother favoring it and the father initially saying no, though he softened his stance as his daughter’s death neared.

The girl, who along with her parents can’t be named for legal reasons, asked the court to designate that only her mother could dispose of her remains so that she could be cryogenically preserved, an unproven technique that some people believe may allow frozen bodies to be brought back to life in the future.

The concept is regarded with skepticism by many in the medical community because it has not yet been proven to be effective.

Barry Fuller, a specialist in low-temperature medicine at University College London, said the technology of preserving cells at ultra-low temperatures is promising but cannot yet be applied to large structures like a human kidney.

“At the moment we have no objective evidence that a whole human body can survive cryopreservation with cells which will function after re-arming,” he said, referring to the process of re-activating cells in the future.

He said there is ongoing research with the immediate hope that scientists could use the technology to preserve human organs for transplantation. He said that would be “a major first step into proving the concept.”

The judge called the case that began in the Family Division of the court unprecedented.

“It is no surprise that this application is the only one of its kind to have come before the courts in this country—and probably anywhere else,” Jackson said, calling the case “an example of the new questions that science poses to the law.”

The judge made the ruling in October, and imposed restrictions on any media coverage while the girl was still alive out of respect for her stated desire for privacy.

His ruling cleared the way for the girl’s remains to be taken to a specialist facility in the U.S. for the start of the preservation process. Lawyers say that has been done, but details have been kept private.

The girl and her father were estranged and the father at first opposed the treatment. He said that even if it was successful and his daughter was brought back to life in 200 years, she would probably not find any relatives, might not remember things and would find herself in a different country, the United States.

“She may be left in a desperate situation,” he said, pointing out that she would still be only 14.

His view changed, however, and he later told the judge he respected the dying girl’s decision: “This is the last and only thing she has asked from me,” he said.

The girl was too ill to attend court proceedings, but Jackson visited her in a hospital. He said he was impressed by the “valiant way” she dealt with her impending death from a rare form of cancer. He said she spent her final months researching cryonics on the internet.

The judge said there was no doubt about the girl’s mental capacity to launch a lawsuit despite her advanced illness. He called her a “bright, intelligent young person.”

Jackson said his decision was based on resolving the dispute between the parents and did not represent a finding on the validity of cryogenic preservation as a way to come back to life in the future.

He seemed focused on the girl’s expressed desire, even though she was too young to write a legally binding will.

“I don’t want to be buried underground,” she wrote at the end of her note. “I want to have this chance. This is my wish.”