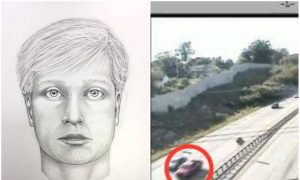 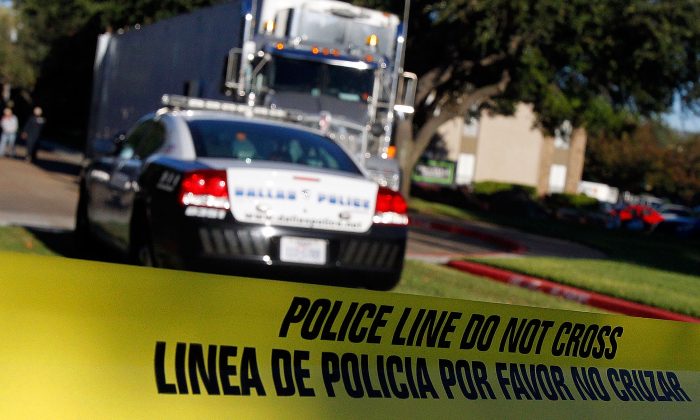 Road rage claimed the life of a Texas mother of two. (Mike Stone/Getty Images)
US News

After struggling for 16 months, the victim of a road rage incident succumbed to the multiple injuries she sustained.

She spent the last moments of her life thinking of her children.

“Her last two words before they put her on the vent [ventilator, a breathing machine] was, ‘Please don’t let them forget about me, Mom. Don’t let my kids forget about me,’” her mother, Lisa Barlow told WFAA.

Jennifer Russell was seriously injured in a road rage incident in July 2016. She endured more than two dozen surgeries and lost her right leg. She was broken and depressed, but she refused to give up.

Ten months after the incident, Russel took her first steps. It looked like she might recover fully, but her body was too broken.

“She tried hard,” said Barlow. “She was pretty much sick every day since the accident.”

Russell died on the morning of Dec. 4. Her four-year-old daughter and 12-year-old son were at her bedside.

“She said the worst thing they could have done to her was take her ability away to be that mother for her children,” Barlow told WFAA after her daughter passed away.

A few days earlier, Russell used the last of her energy to buy Christmas gifts for her children.

Russell then decorated the family’s Christmas tree. A few days later she was back in the hospital—for the last time.

Her family says they believe that God kept Russell alive for so long so she could prepare her children for her passing.

Jennifer Russell was riding with her fiancé, James McGree, on FM 691 near La Cima Road in Denison, Texas, on July 29, 2016, when a driver in a white Hyundai Tiburon cut them off.

McGree pulled up next to the other car and exchanged words with the driver. During the course of the exchange, McGree spat on the other driver’s car.

“I wish I had handled myself differently,” he told WFAA News after the incident.

After a while McGree saw the same white Hyundai in his rearview mirror, closely followed by a black Ford truck. McGree tried to drive away.

“I was running for my life. I didn’t know what they were going to do,” he told WFAA.

McGree says they two forced his car into oncoming traffic. A pickup truck slammed into the passenger side of McGree’s car. The car flipped and rolled.

Russell, then 28 years old, was severely injured. She was rushed to Intensive Care Unit at the Medical Center of Plano, where she remained for 95 days, enduring more than two dozen surgeries, including the amputation of her right leg and part of her hip.

Damage and Pain and a Hope for Justice

At the time she was so injured and in so much pain, she didn’t want to live. In an interview with WFAA on Nov. 16, she said, “I wanted to die today. I told my mom I used to be scared of the afterlife but now I’m more scared of living.”

“I really shouldn’t be alive, but some things are meant to be,” she added.

For a while, Russell was motivated by a desire to see the men who crippled her brought to justice.

In June 2017, Texas Department of Public Safety officers arrested 20-year-old Joshua Haliburton and 19-year-old Tripp Bird, the drivers in the other two vehicles.

Russell read a statement she’d written when she heard they had been caught.

“It hurt a lot waiting for this and now it’s like a big sigh of relief,” she read. “I’ll always be severely damaged, I know that. But I’ll never have to know what it’s like to nearly kill someone and just leave them there like they don’t matter.”

Barlow told KXII, “I feel like Tripp and Joshua have given us a life sentence, too, of pain and agony, because I will spend the rest of my life taking care of her, she’ll need that.”

“I want the end result for them to get the maximum punishable by law for what they’ve done to my daughter,” she added.

Haliburton and Bird were each charged with causing an accident involving serious bodily injury or death, and two counts each of aggravated assault with a deadly weapon. With Russell’s death, more charges could be added, said Grayson County District Attorney Joe Brown.

“We potentially have manslaughter charges but it’s not going to be a murder case because there is no evidence of intent,” said Brown, according to KXII-TV. “Murder is when you intentionally take the life of somebody.”

We have a small favor to ask of you.  If you can, please share this article on Facebook so you can help NTD. It takes less than a minute. Thank you very much!