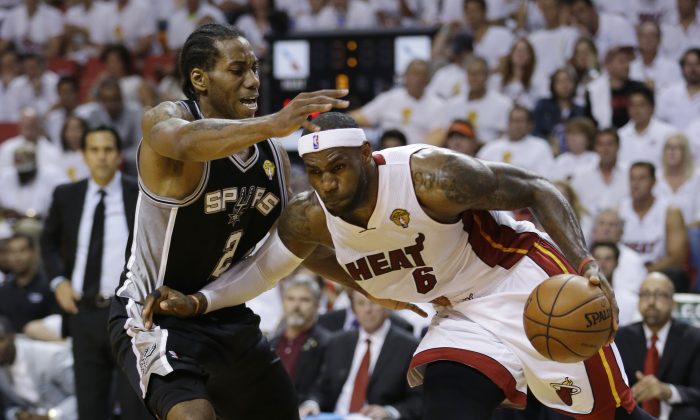 The post reads in full: “[VIDEO LEAKED] – Wade gets hit in the face by Lebron after game 4 finals.”

It also includes a link to a bogus Facebook-lookalike website and an image of LeBron pointing to the side.

After that, the page will ask them to fill out bogus surveys. The surveys are how the scammers behind the website make money.

“Now, sharing this web page will only help spread this scam to other Facebook users. And, completing the surveys will only generate revenue for the cybercriminals behind this scam,” reads a bulletin from security blog Online Threat Alerts. “The victim on the other hand, will not be able to view the video that they were promised, because it doesn’t exist. If you have shared this scam, remove the share Facebook post from your Timeline or Wall, because this will help stop the spreading of this scam.”

Scammers are constantly trying to trick people into clicking on websites to spread malware, surveys, phishing attacks, or rogue apps via Facebook.