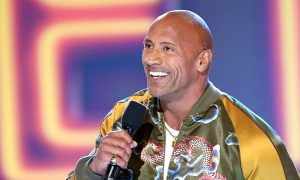 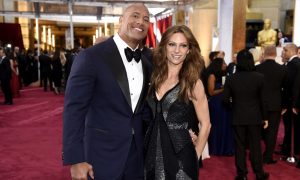 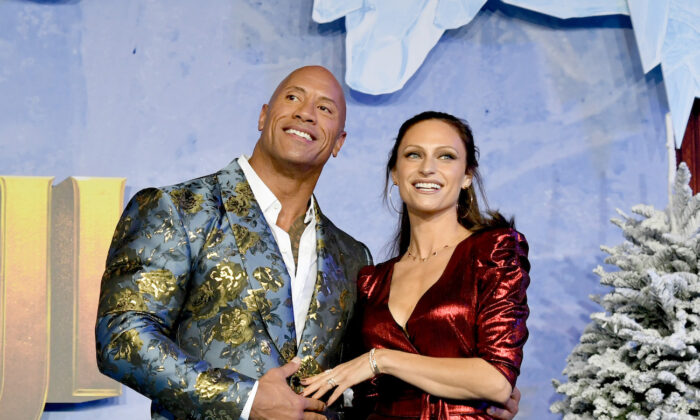 Dwayne ‘The Rock’ Johnson and Family Recover From CCP Virus

Dwayne “The Rock” Johnson announced on Wednesday that he and his family—wife Lauren Hashian and their two young daughters—had tested positive for the CCP virus, commonly known as the novel coronavirus.

In a video posted to Instagram, the actor said that he was shocked upon receiving the positive test results two and a half to three weeks ago and that the diagnosis was “one of the most challenging and difficult” things the family has endured.

Johnson and his family have since recovered. He said in the video, “We are counting our blessings right now. We are well aware you don’t always get to the other end of COVID-19 stronger and healthier.”

“I have had some of my best friends have lost their parents, their loved ones, to this virus that is so incredibly relentless and unforgiving, and it is insidious,” he added.

He said that while his daughters, 4-year-old Jasmine and 2-year-old Tiana, apparently “bounced back” following symptoms of sore throats for a couple of days, he and his wife both “had a rough go at it.”

The actor and Hashian celebrated their one-year wedding anniversary in August. Johnson also has another daughter, 19-year-old Simone, from a previous marriage.

He repeatedly expressed gratitude for having survived the ordeal.

“I wish it was only me that tested positive. It was my entire family and it was a kick in the gut. We in a family are good, we’re on the other end of it and no longer contagious. Thank God, we’re healthy,” he said.

“If you guys are having family and friends over to your house, you know them, you trust them,” he told his Instagram followers in the video. “They can be quarantining just like you guys. You still never know. You never know.”

Johnson suggested that those planning to visit friends should get tested before meeting up.

“Don’t let your guard down, boosts your immunity with antioxidants, vitamins, things of that nature,” he added.

The actor also advised fans to wear their masks, saying it is the right and responsible thing to do.

“This baffles me that some people out there, including some politicians, will take this idea of wearing mask and make it a political agenda of a political agenda, politicizing,” he said. “It has nothing to do in politics.”

The Centers for Disease Control and Prevention (CDC) recommends that those who are 2 years or older should wear a mask in public settings and when around people who don’t live in their household, especially when social distancing is hard to maintain. The agency recommends that those younger than 2 years old, anyone who has trouble breathing, or anyone who is unable to remove the mask without assistance, should not wear a mask.