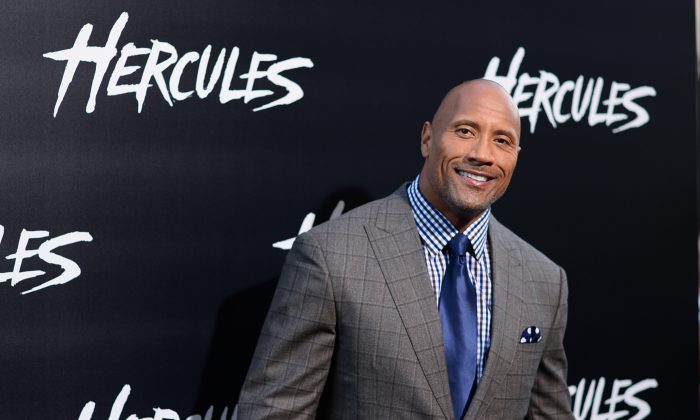 Dwayne Johnson: The Rock Says He’d Join The Expendables, But Only to ‘Hunt Them Down’–Except for Rousey, Crews

Dwayne “The Rock” Johnson was asked if he would like to join The Expendables franchise, which recently added the third movie.

Johnson was asked during a Reddit Q&A if he would be interested in starring beside Sylvester Stallone and Terry Crews in an unnamed action franchise, and had an interesting answer.

“If you’re asking if I would consider being in the EXPENDABLES franchise – then the answer is yes. BUT.. I don’t want to be on their team and be buddies with them,” he said.

“[Expletive] that noise. I want to hunt every single one of them down and tell them to ‘send your soul to heaven cause your ass is mine.'”

The Rock said that Ronda Rousey would live because she’d by his character’s training partner. Crews would also live as well. “Cause my character would need someone to compete at pec popping with,” Johnson said.

Johnson typically plays heroes in action movies but he could step into a villain role for The Expendables 4.

The fourth addition to the franchise does not yet have a production start date or release date, although Stallone and Pierce Brosnan are listed on the IMDB page for it.

Johnson also answered a question about filming Fast & Furious 7 without Paul Walker, who died in the middle of filming.

“Finishing Fast and Furious without Paul was very bittersweet. His death was heartbreaking and in a way, informed us that we should be even more grateful for every waking minute and hug our loved ones and friends just that much tighter and stronger. I truly feel audiences will be very happy and emotionally moved by Fast 7,” he said.

“Im proud of the movie we made – proud of my fellow actors, director, studio partners and hard working blue collar film crew. The truth is, like all movies – Fast and Furious will come and go and hopefully, leave an incredible movie legacy behind. To me, the #1 most important thing I care about is making sure his daughter has stability in her life and good solid men around her to help raise her in the wake of Paul’s passing. (MYB)”