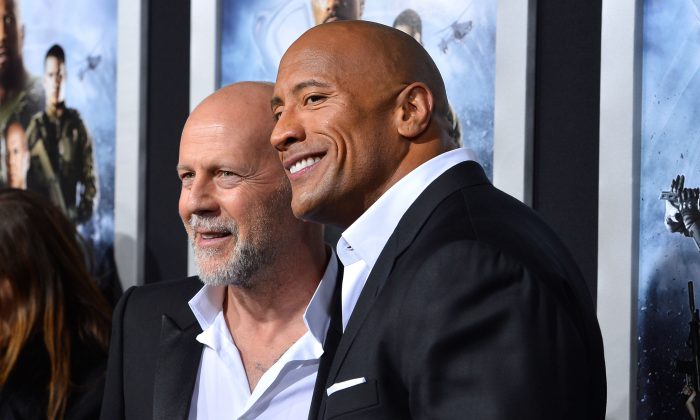 “Surgery a success! Dr repaired 3 hernial tears (fun pain). Superman is on the mend,” he tweeted on Tuesday.

Johnson announced Sunday that suffered from a torn abdomen and abductor muscles while he competed against WWE Champion John Cena.

“Saw my Dr who had to push my intestines back thru the tear in my abdomen. Kinda romantic,” he tweeted on Sunday before he underwent surgery.

A representative for Johnson confirmed with Us Magazine that he had a procedure done and it forced him to miss the Hollywood premiere of his new film, “Pain & Gain.”

“Dwayne’s hurt tonight,” the film’s director, Michael Bay, told E! Online. “He was pushing it too hard. [ He] needs to grow up and stop wrestling 300-pound men.”