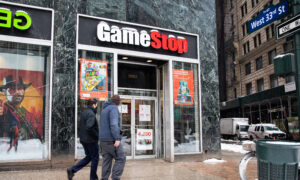 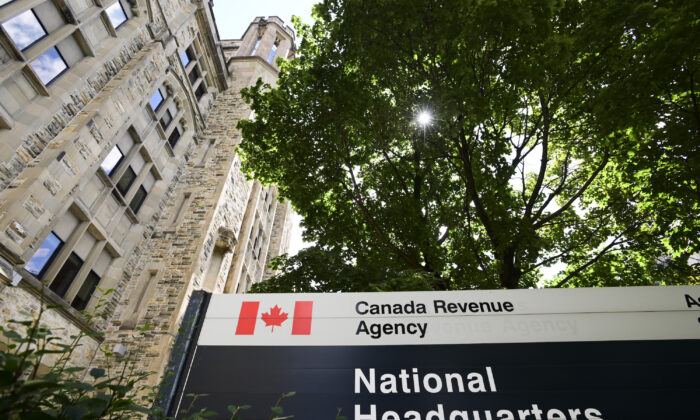 The Canada Revenue Agency headquarters in Ottawa in a file photo. (The Canadian Press/Sean Kilpatrick)
Canada

With tax season approaching and people and businesses across the country preparing to file their taxes, past cases involving taxpayers’ grievances are giving rise to questions about tax collectors’ reciprocal obligation to Canadians: their “duty of care” to provide fair treatment.

In a case in Quebec, a Revenu Québec error led to 16 years of loss and suffering by a restauranteur cumulating now in a lawsuit seeking compensation that he hopes the Supreme Court will hear.

The provincial tax collector had in 2004 wrongly accused restaurant owner Gary Chionis and his wife Isabelle Desbiens of failing to report $1 million in sales. They won their court challenge in 2012 and were refunded the money they had thus far paid to CRA and Revenu Québec. But by then they had accumulated $350,000 in debt to accountants and lawyers.

They then launched a lawsuit to seek compensation. Eight years later, with no compensation in sight and mounting fees, the couple has applied to the Supreme Court of Canada to hear their case and to clarify tax collectors’ obligations and appropriate consequences for their mistakes.

Theirs is not an isolated case. In 1999, Irvin Leroux received a surprise tax bill of $728,000 from the CRA for his RV park in B.C. The CRA seized his financial records and accidentally shredded them. The agency then issued a writ of seizure and sale on his property, leading Leroux’s creditors to foreclose. Leroux sued for $4 million in losses, but the courts ruled there wasn’t enough evidence to support his claim.

Leroux didn’t give up, and although he never succeeded in receiving compensation, in 2016 he obtained a precedent-setting ruling when a judge upheld an earlier ruling that tax-collecting agencies have a “duty of care” to taxpayers. This obliges agents to treat taxpayers with an adequate standard of care and makes them liable for damages when they don’t. However, several provinces have interpreted this precedent in different ways, thus there’s a need for the Supreme Court to give clarification.

Lack of Accountability Linked to Level of Care

Yacine Agnaou, a lawyer for the Quebec couple, told The Epoch Times that the case is about holding tax collectors to account.

“In the state of the law right now, CRA and Revenue Québec are treated differently in regard of their duty of care compared to policemen, compared to other representatives of the government. There is really no policy reason to create a realm of immunity,” he said.

Agnaou said the protection tax collectors have from meaningful consequences has empowered their disrespect for taxpayers.

“The lack of accountability is directly linked to the level of care done, … the level of service that they will provide to the public,” he said. “There’s many examples of how the tax authorities don’t respect taxpayers in many, many ways.”

“Simply put, if CRA or its employees had to worry about being liable for misconduct, they would be more careful in their actions. It’s hard to think of another entity that wields so much power over regular Canadians with so little accountability,” he said in an interview.

The Epoch Times contacted the CRA for comment but did not receive a response by press time.

The CRA is hiring some 2,000 additional agents as it gears up for this tax season, adding to its workforce of roughly 44,000. It’s also hiring Maximus Canada to answer general enquiries from the public about the Canada Emergency Response Benefit (CERB). The company is expected to hire 130 people to fulfill its contract with CRA, which will run from February to August.

Wudrick said this solution is not preferable.

“I’d rather they hire temporary experts than end up hiring permanent, unionized employees that are impossible to shed once they’re hired,” he said.

“But the obvious question is why should the tax code be so complicated that it needs to hire so many people to answer questions? The CRA has done a terrible job of answering Canadians’ questions in the past, for the simple reason that taxes in Canada are so complicated.”

Paul Young, an expert in data and cloud computing and a chartered general accountant, says the system is burdensome. “The audits are becoming more complex with the data. And they’ve got a lot of legacy archaic systems that don’t necessarily talk together, and I think that’s part of the problem too.”

The Hamilton resident says the tax system is designed to “go after the small guy” and “low-hanging fruit” instead of simplifying the tax code or pursuing tax evasion in tax havens. He says tax agencies are relying increasingly on artificial intelligence to catch anomalies and trigger audits.

“With the tax, you’re always presumed guilty and it’s up to you to work with an accountant to do things. So when they get stuff like the CERB and all that, they basically needed to make it so complicated. But also people took advantage of it. They just thought they wouldn’t get caught.”

In 2017, Auditor General Michael Ferguson audited the CRA’s call centres and found that the agency had poor results responding to the 28.9 million calls it received in 2016. It blocked 54 percent of calls, and 14 percent were directed to an automated menu.

Ferguson found that callers had less than a one in three chance of reaching an agent, and that agents gave wrong answers to basic queries nearly 30 percent of the time. On the question of when interest would start to accrue, agents were wrong 84 percent of the time.