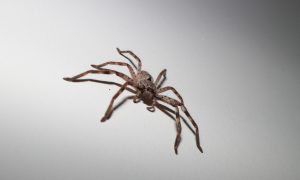 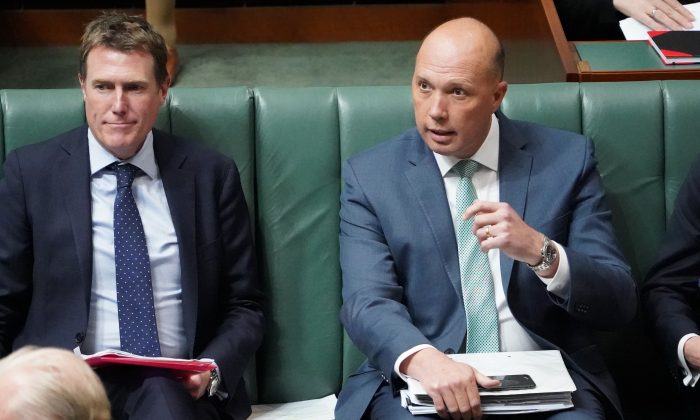 Attorney-General Christian Porter and Minister for Home Affairs Peter Dutton are seen during Question Time in the House of Representatives at Parliament House on in Canberra, Australia, Sept. 13, 2018. (Stefan Postles/Getty Images)
Australia

Australians suspected of involvement in terror activities overseas are soon likely to be temporarily banned from returning home.

The federal government will on July 4 introduce legislation stopping any citizen suspected of extremism from returning to Australia for up to two years.

“We need the support of the Labor Party, obviously, but we want to get the laws through as quickly as possible,” Home Affairs Minister Peter Dutton told reporters in Canberra on July 3.

“They build on the changes we have already made to make sure that we can keep Australians safe.”

People returning from conflict zones would be ordered to remain overseas for up to two years, possibly in refugee camps, before being issued with a permit to come home once protections were put in place.

Dutton insists that legal hole has been plugged through stronger rights to appeal.

He says the new anti-terror legislation is not unprecedented, because the United Kingdom has similar laws.

Parliament’s powerful intelligence and security committee has recommended the legislation be passed, subject to 18 changes.

“The government has yet to respond to those recommendations or to give us a copy of the legislation,” Senator Keneally told ABC radio.

Labor backbencher Ed Husic highlighted that the security committee had also put forward a raft of recommended checks and balances.

“Now the test is on the government, whether or not they’ll accept that, and in full good faith reflect what the committee has done.”

The laws were first proposed last year, after terror attacks in Melbourne and Christchurch.

On July 3, two Sydney men were charged over an alleged ISIS-inspired plot to attack police stations, consulates and churches.

“It has played a role, and a very positive role, in a number of investigations,” he told the Nine Network.

However, the minister would not say whether the encryption laws specifically helped in this week’s case, stressing investigators would have used various approaches.

“Obviously, when we’ve got 200 people who are involved in the investigation, there are many elements that would have brought this to fruition.”