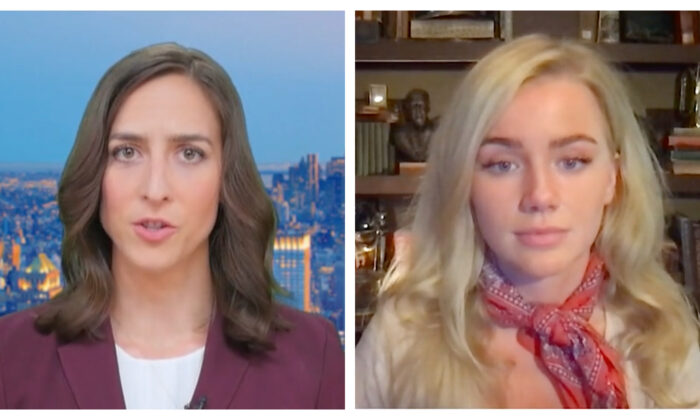 “It’s communism to the T,” Vlaardingerbroek told The Epoch Times’ sister media NTD on July 7. “If the state comes in and says ‘I’m going to take away your property for a so-called greater good.’ I don’t know what could be more essential to communism than that.”

The Dutch government has planned for years to drastically cut emissions of nitrogen and ammonia, which are produced by livestock, to meet the European Union’s climate goals.

On June 10, the coalition government announced a national and area-specific plan for curbing nitrogen greenhouse gas emissions. Some parts of the country would have to slash those emissions by 70 or even 95 percent.

The protests culminated after the announcement. More and more farmers have joined protests, blocking highways and food distribution centers, and plans to protest at some airports.

“This nitrogen law is really the straw that breaks the camel’s back,” said Vlaardingerbroek. “They’ve been subjected to so many insane regulations that have caused them to have to reorganize their entire farms over and over and over again, to now finally, oftentimes be completely shut down.”

Vlaardingerbroek said some farmers have sadly committed suicide because of these restrictions.

Dutch ministers called the proposal an “unavoidable transition” and warned that farmers might have to face the prospect of shuttering their businesses.

“The honest message … is that not all farmers can continue their business,” the government said in a statement when announcing its plan in June.

The government also didn’t rule out the possibility of expropriating land from farmers who don’t comply.

“So it’s communism,” said Vlaardingerbroek. “It’s being done on a global scale, because this is part of a bigger agenda than just the agenda of the Dutch government.”

“They are following an agenda called the 2030 agenda. These are restrictions and climate regulations that are imposed all over the world,” added Vlaardingerbroek.

In September 2015, the UN General Assembly adopted the 2030 Agenda for Sustainable Development. The agenda has 17 goals, including promoting sustainable agriculture, sustainable energy, sustainable industrialization, sustainable consumption and production, and more.

Vlaardingerbroek added that farmers in Italy and Poland have started protesting as well. A ban on chemical fertilizers in Sri Lanka led to a food crisis. The country declared bankruptcy on July 7.

‘They Could Be Coming to You Next’

In an interview with Tucker Carlson, Vlaardingerbroek also compared the Dutch government’s policy to the World Economic Forum’s “Great Reset.”

“They want us to eat bugs. They want us to eat the fake meat that they produce. So it’s very clear that this is not something that just the Dutch people will be subjected to. And that’s why we need your support from other countries,” Vlaardingerbroek told NTD, who wore a red handkerchief during the interview to show her support for the farmers. The red handkerchief has become the symbol of the farmers’ resistance.

“We’re being hit hardest right now, and we might be the first ones,” Vlaardingerbroek said. “But it’s very important for other people to know that they could be coming to you next.”

The Epoch Times has contacted the Netherlands government for comment.