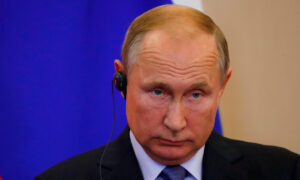 Putin Runs the Streets in Britain
0 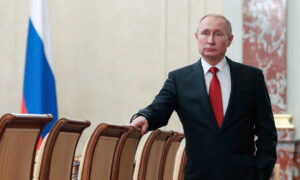 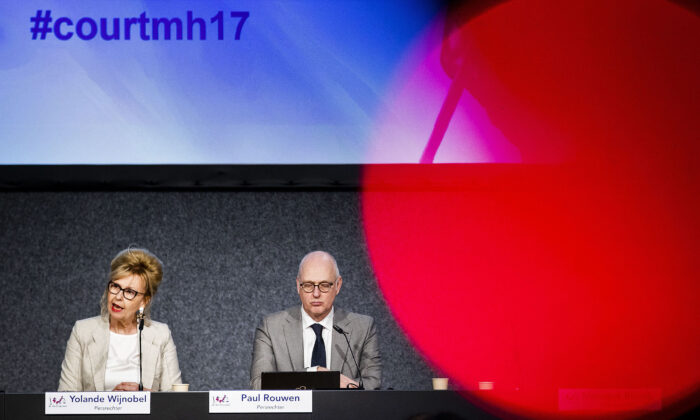 In this digital media world, despotic lies and authoritarian propaganda spread at light speed, with the goals of manipulating emotions and weakening a targeted audience’s will to resist the tyrant.

The antidotes to a 21st-century dictatorship’s destructive falsehoods—justice and its ally, truth—often react slowly. In the Age of the Internet, slow has a price. Slow doesn’t generate hot headlines and wag the tongues of talking heads, so the dictators make the first impression and set the agenda.

Even if perpetrators escape punishment, in a court of law, justice seekers can publicly expose and damn the bombastic liars who tried to hide the crime, and that counts as a victory in every age.

On March 9, this process began in real time as a court in The Hague opened the trial of four men Dutch prosecutors accused of being responsible for destroying Malaysian Airlines Flight 17.

Three of the indicted are Russian; one is Ukrainian. All four men are members of Russian-led secessionist militias operating in eastern Ukraine. No, they are not present in the court. They are being tried in absentia.

No one and no entity, not even the Kremlin, disputes these four facts: On July 17, 2014, Flight MH17 left Amsterdam heading for Kuala Lumpur. The civilian jet went down over eastern Ukraine. All 298 human beings aboard the civilian airliner died in the incident. The majority (193) were Dutch citizens.

A fifth fact is the predicate to the MH17 outrage: In spring 2014, a war began in eastern Ukraine, a war following Russia’s February 2014 invasion of Crimea and its March annexation of the territory. The Kremlin disputes the term “invasion” and says Russia liberated Crimea.

With 193 citizens dead, the Netherlands demanded accountability. Russia responded with lies. When investigators proved a surface to air missile (SAM) downed MH17, Russia accused Ukraine of firing the missile and even made the jaw-dropping claim that the real target was an airplane carrying Putin. Explosion pattern analysis and remnant pieces proved the SAM was a Russian-made Buk. The Kremlin claimed Ukraine had captured. Flight track analysis proved the missile was launched from pro-Kremlin secessionist territory. The Kremlin huffed—another NATO lie. In May 2018, Dutch investigators obtained evidence that the Buk missile was a model only Russian forces possess.

Indisputable evidence connects the accused to Kremlin leaders. In November 2019, investigators confirmed that Ukraine’s intelligence service had electronic intercepts verifying that Kremlin officials had contacts with two of the indicted men. The BBC identified one of the Russian officials as a deputy prime minister.

The indicted are not present in The Hague court. Russia protects them and won’t allow their extradition.

Justice and truth may be slow, but evidence of Russian culpability in supplying the missile and providing operational guidance is overwhelming and damning. Suddenly the court is a sensational venue where the Kremlin’s crimes and lies face cross-examination and damnation.