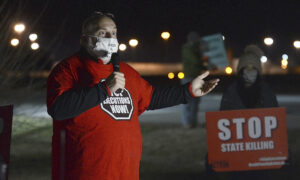 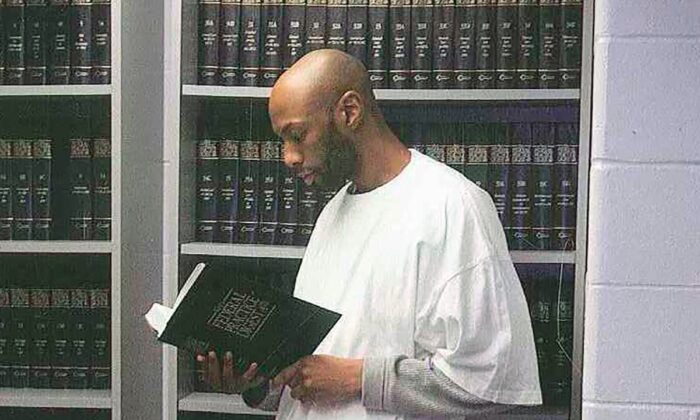 Dustin Higgs at the Federal Prison in Terre Haute, Ind. Higgs in 2015. (Federal Bureau of Prisons/Community Federal Defender Office for the Eastern District of Pennsylvania via AP)
US News

Dustin Higgs, convicted of ordering the killings of three women in a Maryland wildlife refuge in 1996, was the third to receive a lethal injection this week at the federal prison in Terre Haute, Indiana.

Higgs, 48, was pronounced dead at 1:23 a.m. Asked if he had any last words, Higgs was calm but defiant, naming each of the women prosecutors said he ordered killed.

“I’d like to say I am an innocent man. … I am not responsible for the deaths,” he said softly. “I did not order the murders.”

He did not apologize for anything he did on the night 25 years ago when the women were shot by another man, who received a life sentence.

As the lethal injection of pentobarbital began to flow into his veins, Higgs looked toward a room reserved for his relatives and lawyers. He waved with his fingers and said, “I love you.”

Louds sobs of a woman crying inconsolably began to echo from the witness room reserved for Higgs’ family as his eyes rolled back in his head, showing the whites of his eyes. He quickly became still, his pupils visible with his eyelids left partially open.

A sister of Tanji Jackson—one of the murdered women who was 21 when she died—addressed a written statement to Higgs after his execution and mentioning his family.

“They are now going to go through the pain we experienced,” she said. “When the day is over, your death will not bring my sister and the other victims back. This is not closure.” The statement didn’t include the sister’s name.

Trump reduced the number of prisoners on federal death row by nearly a quarter since 2020. It’s likely none of the around 50 remaining men will be executed anytime soon, if ever, with Biden signaling he’ll end federal executions.

The only woman on death row, Lisa Montgomery, was executed Wednesday for killing a pregnant woman, then cutting the baby out of her womb.

Federal executions began as the coronavirus pandemic raged through prisons nationwide. Among those prisoners who got COVID-19 last month were Higgs and former drug trafficker Corey Johnson, who was executed Thursday.

Pressure is already building on Biden to follow through on pledges to end the federal death penalty. The ACLU released a statement after Higgs’ execution urging Biden to invoke his presidential powers after he is sworn in.