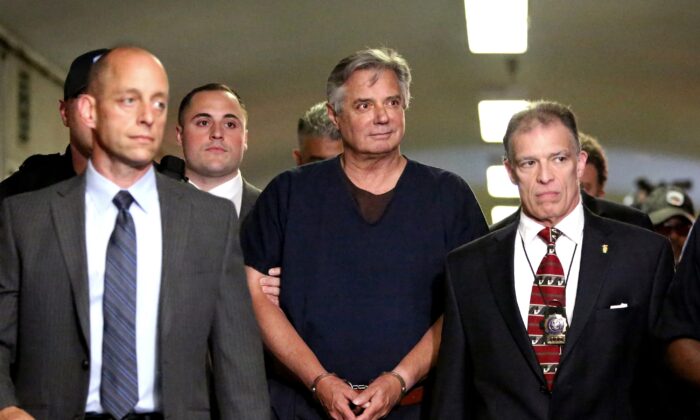 After Durham indicted attorney Michael Sussmann in 2021 for lying to the FBI, court documents show that the special counsel had long been in communication with Clinton campaign attorneys, hearing them out on why certain subpoenaed documents were protected by attorney-client privilege and thus shouldn’t be turned over. Durham only recently asked the court to compel production of the documents or at least have the judge review a sample of them before making a final decision.

“We have tried for some time to understand better the theory of privilege that is being asserted over various documents, and, you know, we have had conversations and have been unable to get comfort as to the grounding and bases of various privilege theories that have been asserted here,” Durham’s lead prosecutor, Andrew DeFilippis, said during a March 31 hearing (pdf).

Sussmann allegedly lied in September 2016 to then-FBI general counsel James Baker about his motivation to give him reports and data supposedly showing secret communications between the Trump Organization and Russia’s Alfa Bank. The FBI determined that no such channel existed.

Sussmann told Baker in an email that he was going to the meeting not representing any client. However, he billed the time to the presidential campaign of former Secretary of State Hillary Clinton.

The data and reports were provided to Sussmann by Rodney Joffe, who has run several tech companies. Sussmann, Joffe, and others were part of a “joint venture” to dig up dirt on Donald Trump and help Clinton, Durham has said, although he has stopped short of alleging that the venture amounted to a criminal conspiracy.

Durham’s approach contrasts with the methods used by Mueller, who from 2017 to 2019 investigated supposed collusion between the 2016 presidential campaign of Trump and Russia to sway the election in his favor. No such collusion was found, although Mueller prosecuted or referred for prosecution multiple Trump associates for unrelated or process crimes.

In August 2017, a few months after taking over the FBI Russia probe, Mueller had FBI agents raid the home of Paul Manafort, a career political consultant who headed Trump’s campaign for several months before his prior foreign dealings were criticized by the media.

Mueller busted through Manafort’s attorney-client privilege, asserting the crime-fraud exemption, which strips the privilege from communications that a judge agrees pertained to committing or planning a crime. Largely based on secret evidence, D.C. District Judge Beryl Howell agreed with Mueller that Manafort “downplayed” in his lobbying disclosures his company’s prior activities in the United States on behalf of a Ukrainian political party (pdf). The judge thus allowed Mueller to question Manafort’s previous attorney to some degree.

In April 2019, on a referral from Mueller, New York prosecutors had the FBI raid the office of Michael Cohen, then-personal attorney of Trump. Cohen’s attorney said at the time that during the raid, agents seized privileged communications between Cohen and his clients. In such a case, the government sorts out what is and isn’t privileged on its own, usually assigning a team independent of the case investigators to do the sorting.

Attorneys for both Manafort and Cohen said the raids were unnecessary because their clients had voluntarily cooperated with law enforcement.

Trump pardoned Manafort, but not Cohen, who made substantial efforts trying to implicate his former boss in a crime.