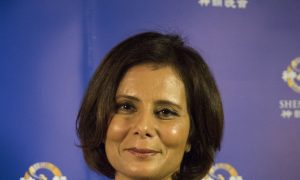 French rider Samuel Dumoulin, one of four who attacked right from the start, lasted through to the end to win stage three of the 2008 Tour de France.

In a totally unforeseen turn of events, the peloton was unable to catch the race-long breakaway. All the powerful teams with all their intricate plans simply weren't there when it mattered.

A Sprinters' Stage, Say the Experts

Stage Three of the 2008 Tour de France, St. Malo to Nantes, covered 208 km of gentle hills with a completely flat finish, ensuring a sprinters' battle at the end.

The road rises up 130 meters at the fifty km mark and drops fairly steeply about 30 km from the end, but the final 20 km are billiard-table flat, and the wind was at the riders' backs, ensuring a very fast sprint finish.

The weather chilly (61 degrees F, or 16 degrees C) rainy and very windy, making for an uncomfortable morning on the bike.

The race opened with a four-rider attack by William Frischkorn of Garmin-Chipotle, Samuel Dumoulin (Cofidis), Paolo Longo Borghini (Barloworld) and Romain Feillu (Agritubel) which opened up a five-minute gap within the first thirty kilometers.

Yesterday's breakaway came close to succeeding (being caught up within sight of the finish line.) Today's breakaway needed to develop a huge gap to have a chance, as there were no natural obstacles to slow the peloton, and it was certain that many teams were determined to be in the last dash.

The lead group opened the gap to almost fifteen minutes at the ninety km mark, before the peloton began picking up the pace, determined not to be cheated out of its big sprint finish. However, the wind shifter to a headwind, somewhat as it did at the end of yesterday's race.

Some experts have speculated that the high pace coupled by the final headwind eliminated a lot of the sprinters at the end of stage two. Could it happen again, that a high pace and a headwind could limit the finish to a few teams?

Halfway through the stage, Columbia and Caisse-D'Epargne were leading the peloton at an unexpectedly high pace, with the breakaway group ten minutes ahead.

Columbia and Credit Agricole continued to lead the peloton, riding at a steady 38 kmh, bringing the gap down to nine minutes at 130 km gone.

All the big sprinting teams began sending riders to the front of the peloton, to make sure the pace picked up, and slowly the pack began moving faster, but not as fast as yesterday, possibly due to the wind, and possibly because the big sprint teams didn't want to get worn out in the pursuit and be unable to compete in the sprint.

Valverde and Caisse D'Epargne stayed near the front of the peloton, protecting his yellow jersey and his final spot in tomorrow's time trials. With 140 km gone, the gap was still eight-and-a-half minutes. With 60 km left, the peloton began to push again.

A protest against French President Sarkozy blocked the road briefly, but quick diplomacy by Tour Director Christian Prudhomme cleared the road, allowing the breakaway riders to squeeze through with only a slight loss of time. When the peloton arrived, the protesters stood aside and let the riders pass.

With about fifty km to go, the rain started up a bit harder, adding one more obstacle. Team Columbia kept the peloton moving quickly, wanting to be sure that yesterday's finish wasn't repeated. However, the gap held at 6:45 despite the efforts of the peloton.

With forty km to go, it began to seem that the breakaway might succeed. Possibly the combination of three days of hard riding, the high pace into the wind yesterday and today, and the fact that some big teams wanted to be sure their best riders saved something for tomorrow's time trials, might all add up to the breakaway riders holding on to win the stage.

With the gap still over six minutes, the peloton needed a dramatic increase in speed to run down the attackers, which would create a situation like the end of the second stage, where the big sprinters were done in before the final sprint.

It is very rare that a breakaway can last the length of a race. The aerodynamic advantage of the peloton is almost impossible to overcome. But in this case, particularly with a tailwind kicking in over the last twenty km, the breakaway riders would have an advantage to balance the efficiency of the pack, even more so because the last 20 km is completely flat.

Columbia continued to work hard in the peloton, but this raised the issue of whether Columbia would be able to lead out their sprinters at the end. Caisse D'Epargne pushed forward, too, but they had less of an imperative to run down the break; they were more interested keeping Valverde's yellow jersey safe.

A Sprint, but No Sprinters

At the 23 km mark, there was a fairly serious crash with CSC's Nicki Sorensen, Saunier Duval rider, Angel Gomez and Matthieu Sprick of Bouygues Telecom, one of whom apparently hit the center divider in the road. Sorenson and Sprickwere able to continue, but Gomez had to withdraw from the Tour.

The crash split up the peloton briefly, and the stronger teams chose this moment to attack. The front of the pack was still 4:30 back at the 16 km mark.

With ten km to go, the gap was over three minutes, and the peloton, headed by Liquigas and Quickstep, simply didn't have time to run down the break.

The race would certainly end in a sprint, but only among the four riders of the breakaway.

A Win and a Yellow Jersey for France

Romain Feillu and Longho Borghini caught up the pair. Feillu kept on accelerating, making a run for the win, but Frischkorn stuck right to his wheel.

Then Dumoulin put on yet another burst of speed, catching Feillu and Frischkorn and then passing them both to take the lead.

Feillu kicked hard, trying to overtake Demoulin, but couldn't hold the pace all the way to the line, and Frischkorm passed him. No one could catch Dumoulin, though, and the French Cofidis rider took the stage win.

It is rare indeed for a breakaway to hold on, and rarer still for one to last the length of a stage, but in this case the attackers were rewarded for their efforts.

French fans gets the thrill of seeing one of their own win the yellow jersey and another win the stage, while American fans get to see an American rider perform on par with all the Europeans.

But it was not the wind, nor the road, nor the expectations of the experts that really made the difference. Four brave riders decided to take a chance, and they made good.