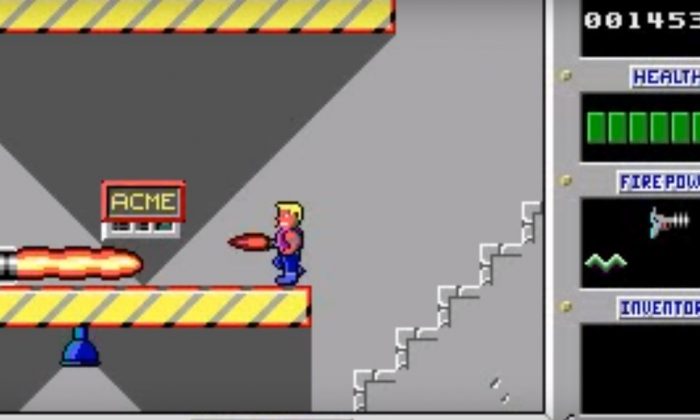 Duke Nukem Games Getting Removed from GOG, Now Being Sold for Dirt Cheap

Classic Duke Nukem games, including the first Duke Nukem, Duke Nukem II, Duke Nukem 3D, and Duke Nukem: Manhattan Project are being offered for dirt cheap on GOG.com, or around 75-90% off.

Why? Because the games will be taken off GOG’s website on Jan. 1, 2016 because the rights of the games were sold to Gearbox. GOG said it’s in the process of trying to bring the classic PC games back “as swiftly as possible.”

According to a release from GOG, it gives the history of the franchise:

… On December 31 2015, Duke has to step out to get more bubble gum. On that day, all Duke Nukem games on GOG.com will be removed from our catalog, but we are in talks with the new rightsholders to bring them back as swiftly as possible. That’s why we bid you a farewell for now, Duke: with every Duke Nukem game at 90% off as a bundle, or -75% individually.

The Duke’s humble beginnings lie with Duke Nukem 1 + 2, two explosively cool run-n-gun platformers where Duke kicks his very first alien [expletive], travels in time, and authors “Why I’m SO Great” – a retrospective and autobiography. All in the year 1997, a dystopian near-future.

Years later, on January 29, 1996, our time: Duke makes history. Total meltdown follows the release of Duke Nukem 3D in which we finally see the world through the man’s eyes. It’s a world of pornography, violence, and candid obscenity. Duke’s world. And we are entranced. By the campy risque, and by the unadulterated joy of Duke’s violent adventures and one-liners.

Then, for years Duke rides the hype-train: in 1997, we behold his Balls of Steel – a pinball game warmly welcomed for its smooth, realistic physics and plenty of Duke on the side. In the year 2002, Duke goes back to basics in Duke Nukem: Manhattan Project, a modern 3D sidescrolling platformer that’s nothing if not a fun and mindless pleasure.

And if you’re curious, here’s gameplay videos of the games.