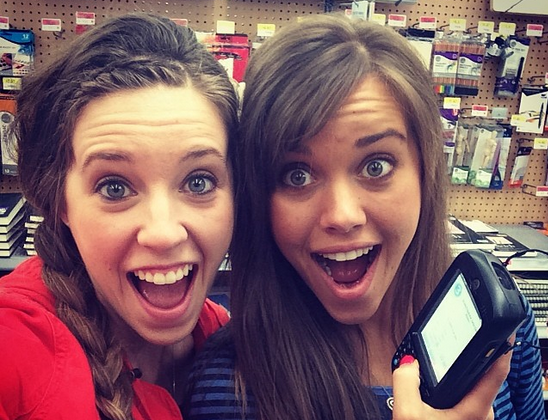 A rift may be growing between Jill Duggar and her younger sister Jessa, a new report claims.

The basis of the report is that Jill follows pretty much every Duggar account on Twitter and Instagram–except for Jessa and her husband Ben Seewald.

“Perhaps their unending PDA is too much to see in her stream?” Radar Online said.

The blog claims that the slight could signal “bad blood” between the sisters.

It’s worth noting that Radar is notorious for blowing up stories and twisting things out of shape. For instance, it published a slideshow of “secrets” about the Duggar family, but they were actually pretty much all things that had been previously published by other outlets, and included a number of benign facts about the younger children.

The new story is also on shaky ground, because the other main piece of evidence is a story from the Duggar book that Jill and Jessa wrote with their sisters Jana and Jinger.

The story is about how Jessa was bothering Jana for a spell when they were younger–about a decade ago.

“In the past, Jessa has been singled out for not being the best sister,” Radar said in referencing the very old story.

In conclusion, there is likely no feud between Jill and Jessa.