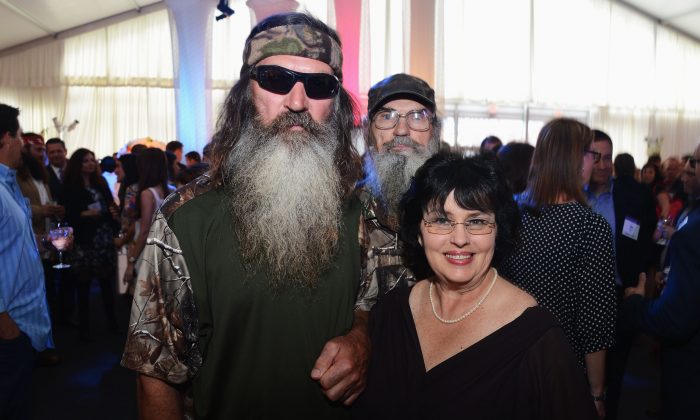 “Duck Dynasty” star Phil Robertson said that censors on A&E television network used to remove “In Jesus’s name” from the end of prayers on the popular show.

Robertson and his family pray before their meal at the end of every show. While “Lord” was left in, “In Jesus’s name” was taken out, he said.

“So they would just have me saying, ‘Thank you Lord for the food, thank you for loving us, amen,'” Robertson told Christian sporting magazine Sports Spectrum last year. “So I said, ‘Why would you cut out ‘In Jesus’s name?’ They said, ‘Well those editors are probably doing that. They just think that they don’t want to offend some of the Muslims or something.'”

Robertson said that once he confronted some people working on the program, the censorship stopped.

The video interview has just recently gone viral as the show gets more and more popular.

Another point of contention was the show’s producers inserting fake beeps that signaled that the Robertson family was cursing. But Phil said there was no cursing.

“These people thought there was some profanity when there was zero.”

The “Duck Dynasty” show has become one of the more popular programs on television, partly because people say it is so much different from typical reality television series. The show follows Phil, who heads a highly successful duck call company, and his family during their daily life.