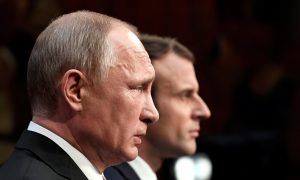 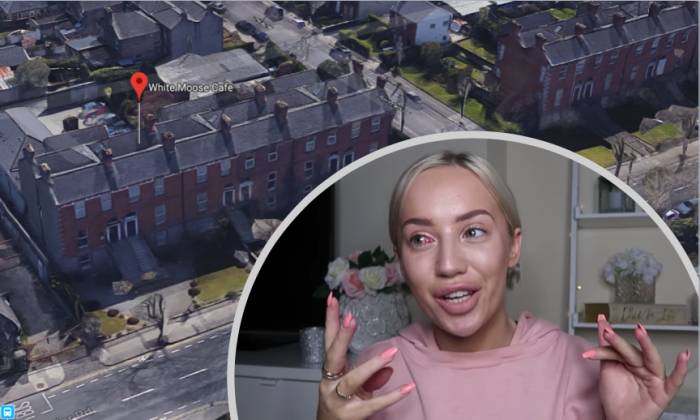 A Dublin hotel is closing its doors to bloggers, vloggers, and their ilk.

The White Moose Cafe in Dublin, Ireland, has banned all social media influencers after fallout from a rejection letter to YouTube and Instagram personality Elle Darby.

The controversy started when Darby, a UK-based social media influencer, with 87,000 YouTube subscribers and 76,000 Instagram followers, inquired of the hotel’s owner, Paul Stenson, about a “possible collaboration.”

In an email Darby wrote, “I work as a social media influencer, mainly lifestyle, beauty & travel based.”

After highlighting her social media reach, she revealed plans to visit Dublin just ahead of Valentine’s Day and hit the hotel up for a barter arrangement, not uncommon in the influencer industry.

“As I was searching for places to stay, I came across your stunning hotel and would love to feature you in my YouTube videos/dedicated Instagram stories/posts to bring traffic to your hotel and recommend others to book up in return for free accommodation.”

Presumably to encourage the decisionmaker, Darby concluded her message by mentioning that a similar collaboration with a Florida hotel was “amazing for them!”

Stenson took the discussion public on The White Moose Cafe Facebook page, with a flat-out refusal, embarrassing for Darby.

“Dear Social Influencer (I know your name but apparently it’s not important to use names),

“Thank you for your email looking for free accommodation in return for exposure. It takes a lot of balls to send an email like that, if not much self-respect and dignity.

“The waiters who serve you breakfast? The receptionist who checks you in? Who is going to pay for the light and heat you use during your stay?

Stenson then asks, “Maybe I should tell my staff they will be featured in your video in lieu of receiving payment for work carried out while you’re in residence?”

His reply ends with an explicit “P.S. The answer is no.”

Further, Stenson offers some advice to the young woman and links to a video of his production, which pokes fun at social media influencers.

“In future, I’d advise you to offer to pay your way like everyone else, and if the hotel in question believes your coverage will help them, maybe they’ll give you a complimentary upgrade to a suite. This would show more self-respect on your part and, let’s face it, it would be less embarrassing for you. Here is a little video I produced which you may learn from: http://bit.ly/2mKTDTD”

In the video, an actress pretending to be an influencer says, “How did I get all these followers, you ask?”

Continuing, she says, “Once you build up the following of gullible peasants, next comes the free stuff.”

The film portrays influencers as unsavory types who exploit their influence to get freebies from businesses, going so far as to threaten them with bad reviews if their demands aren’t met.

While Darby’s letter was redacted for privacy, social media users figured out her identity and posted critical messages, prompting the woman to put together a 17-minute YouTube video titled “i was exposed (SO embarrassing),” detailing her perspective.

“I feel so disgusting having to say this, I feel so vile … it makes me kind of feel sick.” But, “As a 22-year-old girl, who’s running her own business from her home, I don’t feel like I did anything wrong.”

Darby states her intentions in reaching out to the Dublin hotel.

“I decided to contact some hotels, asking if they would like to collaborate and basically I go visit them in the hotel, I feature them on vlogs, I put them on my Instagram, I talk about the hotel, I write a review, whatever, in return for a discounted or complimentary stay.”

She said her proposal is fair, as the “same hotel would not be able to go to a magazine or to a billboard or to a television advert for a free review.”

“I don’t really know what their intent was—it was just malicious,” she said, adding that she has received numerous abusive comments calling her a “disgusting freeloader.”

But the White Moose Cafe appears to have faced a counterblast of its own, with accusations of bullying and callously exploiting the young woman for its own publicity.

Social media user Vic Moxie Croughan posted, “This is really tacky. All it takes is to reply to the email with ‘no’. Considering how many brands expect bloggers to work for free as the industry standard, sending an email like this is not unusual.”

Replying, Stenson said, “If I replied with the word ‘no,’ this post wouldn’t be going viral. You silly girl.”

The next salvo was fired by the White Moose.

“The sense of entitlement is just too strong in the blogging community and the nastiness, hissy fits, and general hate displayed after one of your members was not granted her request for a freebie is giving your whole industry a bad name.”

“If any of you attempt to enter our premises from now on, you will be ejected.”

Finally, on The White Moose Cafe Snapchat, Stenson said the controversy “puts into question the authenticity of influencer marketing,” because “She would have spoken nicely about the hotel only because she was getting it for free.”