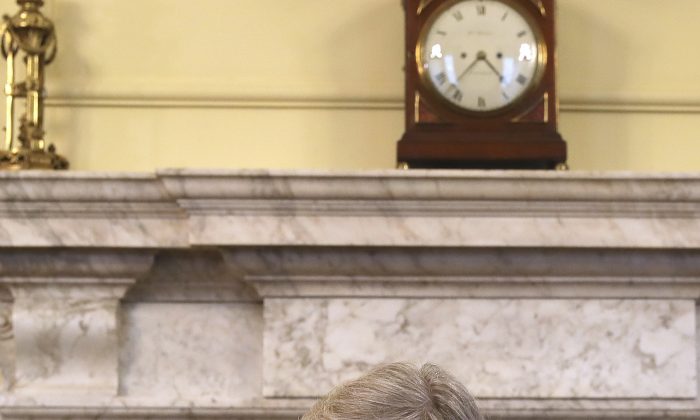 BIRMINGHAM, England—A group of British politicians want to know whether Britain can legally pull out of Brexit—but bizarrely, they are having to sue the Irish government to get the answer.

On April 24, hearings will start for a Dublin case that could initiate a legal chain of events that would allow the United Kingdom to bail from the Brexit process and remain in the European Union.

“The Dublin case is of national significance and has taken on a whole new urgency following Theresa May’s triggering of Article 50,” said one of the plaintiffs in the Dublin case, Keith Taylor, a member of the European Parliament with the Green Party in the U.K.

“At its heart, the case is about giving the British people a safety net, a Brexit money-back guarantee, if you will.”

The two-year negotiation can be extended if the other 27 EU member states agree. But it isn’t clear whether the U.K. can unilaterally abandon divorce proceedings.

Since laws can only be interpreted by the jurisdictions that created them, the only court that can rule on whether the U.K. can revoke Article 50 is the European Court of Justice (ECJ).

But it’s not a matter of simply asking the ECJ, as the court will only provide clarification in response to specific legal disputes.

So plaintiffs cooked up a legal dispute—suing the Irish government over the way that the EU has handled Brexit. They believe resolving this case will require the clarification of Article 50 by the ECJ along the way.

The plaintiffs are pro-EU, but they say that settling whether Article 50 can be revoked is in everyone’s interests.

The deal hashed out with the EU will determine what Brexit looks like. If Article 50 cannot be revoked, it gives only two options: accepting that deal, or defaulting to rules set by the World Trade Organization.