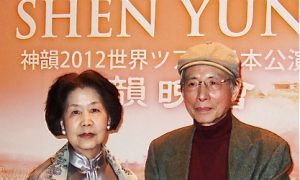 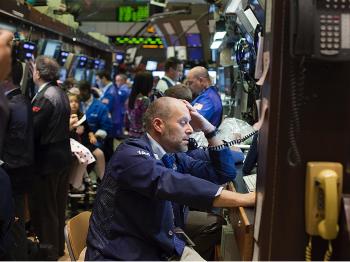 Dubai’s announced stoppage in debt repayment is the equivalent of a “default” to many banks, and could have repercussions on the ability to borrow by other Middle Eastern states.

The news sent bank shares down significantly as investors speculated which banks have lent Dubai money and won’t be repaid. Bank of America Corp. shares dropped 3 percent, JPMorgan Chase & Co. shares were down almost 2 percent, and the shares of Citigroup Inc. fell 2.6 percent in Friday trading.

The Dow Jones Industrial Average settled down 154 points (1.48 percent), and the S&P 500 dropped 19 points (1.72 percent)—and that’s after climbing from much steeper declines in the morning.

“One cannot rule out—as a tail risk—a case where this would escalate into a major sovereign default problem, which would then resonate across global emerging markets in the same way that Argentina did in the early 2000s or Russia in the late 1990s,” said Bank of America’s Benoit Anne and Daniel Tenengauzer in a Bloomberg interview. Bank of America estimated that Dubai’s debt totaled around $88 billion.

Dubai’s recent construction and real estate surge has propelled it into the financial center from the Middle East. A nation that once relied on oil revenues, Dubai is now a tourism and financial hub. But the state couldn’t escape the recent real estate collapse that hit the United States and the U.K.—its property value declined almost 50 percent from its 2008 highs according to Deutsche Bank.

Analysts don’t expect most U.S. banks to be affected, but European banks tend to be major players in the Middle East, including HSBC Holdings and Standard Chartered. The only U.S. bank having a presence in the UAE is Citigroup.

According to the Nikkei, the leading Japanese business daily media, three major Japanese banks face about 100 billion yen ($1.2 billion) in exposure to Dubai debt, most of which are held by Bank of Tokyo-Mitsubishi UFJ. The other two with significant exposure are Mizuho Bank and Sumitomo Mitsui Banking Corp.

“We understand the concerns of the market and the creditors in particular. However we have had to intervene because of the need to take decisive action to address its particular debt burden,” said Sheikh Ahmed bin Saeed Al-Maktoum, Chairman of the Supreme Fiscal Committee of Dubai in an official release.

“No market is immune from economic issues,” bin Saeed said, adding that the payment delay “is a sensible business decision.”

Most Middle Eastern media hailed the decision as prudent and generally defended the state’s strategy.