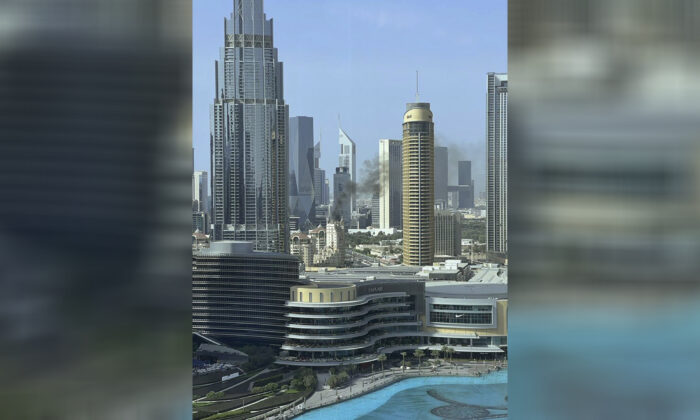 Several fire engines and police cars were deployed at the five-star Swissôtel Al Murooj hotel in downtown Dubai as dozens of people huddled outside. No injuries were reported.

After emergency workers battled the blaze for around an hour, the fire appeared extinguished and damage was not visible. Police began guiding guests back into the lobby, just across from the Burj Khalifa, the world’s tallest tower.

Videos posted on social media showed giant orange flames leaping out of the ornate roof and thick black smoke billowing over the skyline.

A series of fires in tall buildings in skyscraper-studded Dubai in recent years has revived questions about the safety of cladding and other materials used in the country.