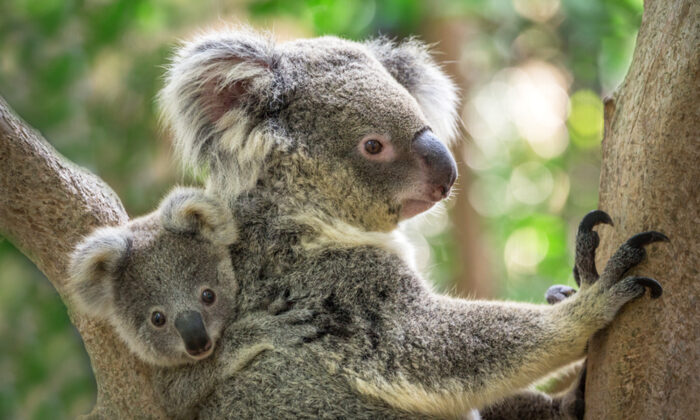 A leading vaccine researcher from the University of Queensland (UQ) has discovered that the chlamydia epidemic endangering koala populations in New South Wales (NSW) and Queensland (QLD) is linked to a common retrovirus that is believed to suppress the marsupials’ immune systems.

Associate Professor Keith Chappell and Dr Michaela Blyton, from UQ’s School of Chemistry and Molecular Biosciences, made the discovery through their study of more than 150 koalas admitted to Currumbin Wildlife Hospital in QLD.

In a release on Tuesday, Chappell said they were already aware that NSW and QLD koala populations were seriously impacted by chlamydia infections and a retrovirus, but had not conclusively established a clear link between the two until now.

“Our research has found that the amount of retrovirus circulating within an animal’s blood was strongly associated with chlamydia and symptoms like cystitis and conjunctivitis, as well as overall poor health,” he said.

Chappell went on to say that high levels of the virus were found to increase a koala’s risk of chlamydia by more than 200 percent.

“There is no question that koala retrovirus and chlamydia are connected, and we believe the retrovirus suppresses the koala’s immune system, making them more vulnerable to disease,” he said.

While it was previously thought that only a particular type of koala retrovirus might be more likely to cause disease, this research has revealed that all the subtypes are responsible, highlighting the urgent need to prevent these viruses from circulating among koala populations.

According to the Australian Koala Foundation, there has been an estimated 30 percent decline in koala numbers across Australia since 2018, the figure reaching as high as 41 percent in NSW and 37 percent in QLD.

While the devastating bushfires of 2019-20 and land clearing are major contributors to the sharp decline, Statista notes that chlamydia has also played a role, rendering many koalas infertile and unable to survive in the wild.

Dr Blyton said their findings highlight another threat facing koalas but could also result in new ways of treating populations to stave off extinction.

“It is deeply concerning that koalas are facing environmental pressures at the same time as biological threats from a retrovirus and diseases,” she said.

“The findings from this study are important for conservation, especially as the koala is now listed as endangered and wild populations continue to decline in Queensland and NSW.”

Blyton added that the findings help researchers understand how the threats to koalas are interlinked and will lead to measures to protect the species, including the use of anti-viral medications and breeding programs

The team from UQ now plans to study the impact of environmental factors on the amount of circulating retrovirus and disease in koala populations.