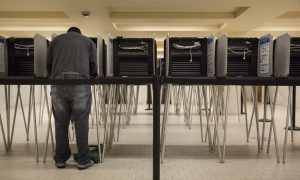 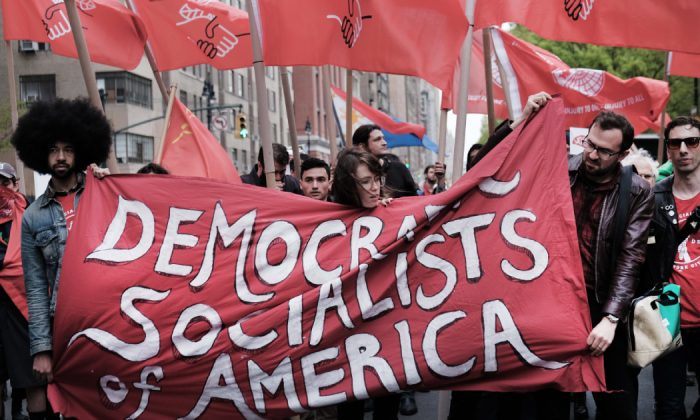 This country’s largest Marxist organization, the Democratic Socialists of America (DSA), is targeting your children.

Not content with the far-left bias endemic in most public education in America, the DSA is also attempting to take over the administrative and policymaking side of education.

The DSA already has a dedicated program to encourage members into teaching. The organization also has at least 2,000 college-level educators on its membership rolls, based on my estimates.

Now, the DSA is targeting school board races in major U.S. cities.

The DSA openly follows the theories of Antonio Gramsci, the ground-breaking Italian Communist Party theoretician. Gramsci believed that communism could be best achieved not by a working-class rebellion, but by changing the consciousness of the population to a socialist mindset through a steady infiltration of media, religion, and education.

By placing dedicated Marxists on big-city school boards, the DSA will have access to hundreds of millions of dollars to influence millions of young minds in a socialist direction. School boards are also a great vantage point to advance the interests of America’s teacher unions, which are almost universally socialist-led. For the hard left, school boards are a prize too rich to resist.

In recent weeks, the DSA has helped to elect two socialists to school boards in Wisconsin and are likely to elect another comrade to the Los Angeles Unified School District board in the upcoming May 14 special election.

Ananda Mirilli won Seat 5 of the Madison, Wisconsin, Metropolitan School District on April 2 with about 58 percent of the vote.

The 160 members of the Madison chapter of the DSA endorsed Mirilli and organized phone-banking and door-knocking teams for her campaign. The comrades were very happy when she won. According to the group’s Facebook page:

“Huge congrats to new MMSD school board member Ananda Mirilli! Thank you so much to all the volunteers who helped make this happen. Thanks to your efforts, a socialist now sits on the school board who will fight for the rights of minority students, defend public education and support teachers’ unions!”

Mirilli will now be in a position to oversee the spending of an annual budget of around $400 million and to influence the learning of 27,000 students.

Also on April 2, retired Milwaukee schoolteacher Bob Peterson won an at-large seat on the Milwaukee Board of School Directors with about 57 percent of the vote. This victory gives Peterson influence over a $1.18 billion annual budget and more than 75,000 students.

The 175 members of the Milwaukee chapter of the DSA campaigned heavily for Peterson. On their Facebook page, the comrades proclaimed, “We’re proud to have supported your campaign!”

Not all DSA-supported candidates are, in fact, dues-paying DSA members. Peterson is a Black Lives Matter supporter and has a long history with the pro-China Freedom Road Socialist Organization (FRSO)—which has an agreement with the DSA and the Communist Party USA (CPUSA) to support each other’s candidates.

Peterson is the founder of and a longtime editor for the FRSO-initiated Rethinking Schools project, which distributes beautifully designed far-left educational propaganda material to teachers all over the country.

The more than 1,200 members of the Los Angeles branch of the DSA are going all in for Jackie Goldberg. Fresh off encouraging and supporting the successful Los Angeles teachers’ strike, the LA DSA is running large phone-banking and door-knocking operations for their comrade.

The LA DSA website states: “Back in January, the entire Los Angeles chapter overwhelmingly voted to approve the Electoral Politics Committees endorsement proposal to endorse DSA-LA member Jackie Goldberg. This is a crucial election — if Jackie wins in the General Election on May 14, that means that the teachers can consolidate the gains they made in the UTLA strike and stave off the threat of privatization from the charter school lobby.”

The DSA opposes charter schools (privately run, but partially government-funded) because they tend to weaken union control over teachers, and they are for-profit.

In the interests of full disclosure, I, too, oppose charter schools, but for a very different reason. I believe that mixing the profit motive of the private sector with the lack of accountability of the public sector is a recipe for corruption. Public should be public and private should be private; never the twain shall meet. That said, I long for the day that all education is private—a mixture of homeschooling, church and charitably run schools, and for-profit educational institutions. The DSA wants to end charter schools because they are too “private.” I want to phase them out because they are too “public.”

The 74-year-old Goldberg has been a Marxist activist since the early 1960s.

According to a House Committee on Un-American Activities report from March 31, 1967, Goldberg was involved in several key Soviet and CPUSA front operations:

“Miss Goldberg attended the Fifth World Congress of Women held in Moscow in 1963, under the auspices of the Women’s International Democratic Federation (WIDF), a worldwide Communist front founded in 1945 to promote the Soviet party line. In 1965, she served on the policy committee of the American Youth Festival Committee, which was set up to promote attendance by U.S. youth and students at the Communist-planned Ninth World Youth Festival World Youth Festival.”

On April 27, 1991, more than 250 activists and political leaders greeted South African Communist Party leader Chris Hani at his appearance in Los Angeles. Goldberg was front and center. According to the May 4, 1991, edition of the CPUSA publication People’s Weekly World:

“The crowd contributed more than $12,000 towards the People’s Weekly World fund drive and the work of the South African Communist Party.

“Evelina Alarcon, chair of the Southern California district of the Communist Party USA, introduced Hani. She drew rousing cheers as she pledged, on behalf of the audience and the welcoming committee, continued efforts to maintain sanctions against South Africa.”

If Goldberg wins a seat on the Los Angeles Unified School District board in May, it will be her second go-round. If successful this time, she will help oversee the second-largest school district in the country, with more than 694,000 students and an annual budget of $7.5 billion.

If she is elected, it will because several hundred dedicated Marxist revolutionaries made it happen.