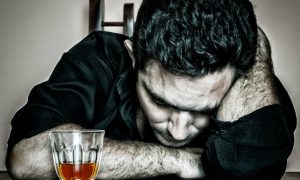 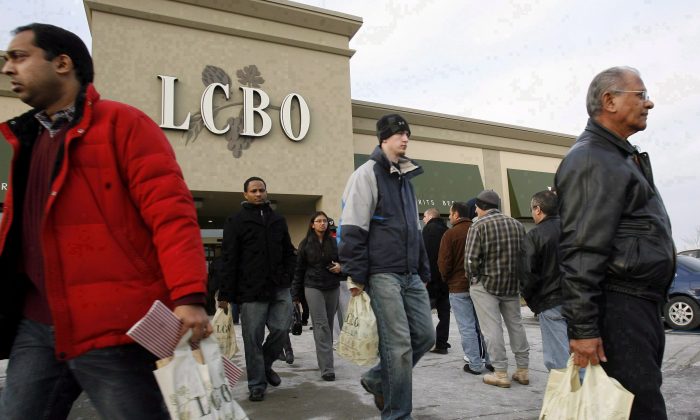 Patrons line up to get into a Mississauga LCBO outlet as others leave after stocking up on their New Year’s Eve beverages on Dec. 31, 2007. One of Canada’s first Dry January campaigns took place this year as a way to raise money for the Canadian Diabetes Association while balancing out holiday indulgence. (The Canadian Press/J.P. Moczulski)
Canada

Dry January Starting to Get Its Feet Wet in Canada

Dry January, a month-long alcohol-free campaign popular in the United Kingdom, is just beginning to get its feet wet in Canada.

The pledge to stay sober for January started as a campaign by Alcohol Concern, a U.K. charity aimed at changing the drinking culture there. It has since exploded in popularity, and the organization launched a partnership with Public Health England last year.

At least 40,000 people officially signed up this year for Dry January, and 50,000 joined a similar campaign, “Dryathlon,” put on by Cancer Research UK. It is thought that many more are taking up the challenge to go sober unofficially.

Taking a month off from drinking corresponds to working out more, eating better, being healthier.
— Dry January organizer Gus Klemos

Toronto software developer and entrepreneur Gus Klemos helped organize one of Canada’s first Dry January campaigns this year as a way to raise money for the Canadian Diabetes Association and balance out holiday indulgence.

“The vision behind the event was feel good, look good, be good,” he says.

“The idea is that you’re doing this for self-improvement and then at the same time you can also raise money for charity.”

Klemos has personal experience with abstinence, having gone dry for “Sober October” last year, which helped raise almost $20,000 for the Canadian Cancer Society. Though Klemos was a casual drinker—indulging in a few drinks about three nights per week—he was surprised how quickly his body responded to the booze break.

“Within a couple of weeks, the difference was enormous,” he says. “Better mental clarity, better feeling of well-being … lost weight, dark eye-circles pretty much gone, and fine lines in my face were reduced.”

The improvements can’t be entirely attributed to not drinking, however—the lifestyle and habit changes Klemos had the energy and motivation to make after quitting alcohol also played a part.

According to Alcohol Concern, saving money, losing weight, and feeling more energized are common benefits of a dry January. Though the organization admits most health benefits are temporary, it says many participants are adopting longer-term changes in their drinking habits after the experiment ends—something Klemos also observed in himself.

“Drinking during the week has been reduced, definitely reduced,” he says, adding that he also imbibed less over the holidays than in previous years.

According to a 2014 survey by the University of Sussex, in the six months following January 2014, out of 900 Dry January participants 72 percent had “kept harmful drinking episodes down” and 4 percent were still not drinking. They were also more likely to refuse a drink on social occasions or when feeling upset or anxious.

“Early indications show that taking part in Dry January helps people to turn down alcohol in social situations, giving them the confidence not to give in under peer pressure on a night out,” said Dr. Richard De Visser, a senior lecturer in psychology at the University of Sussex, who led the research.

Klemos expects awareness and participation in Dry January to increase in Canada as more people get involved and more effort is focused on marketing and promoting the campaign. He says social support and gathering a group of friends to participate together is key to success. Also key is replacing drinking-centred activities with other forms of socializing.

“Go to a yoga class after work instead of going to the pub,” he says. “On the weekends [you] could go for a hike, a long bike ride, a boat ride, be outdoors, ski, or go do whatever it is that doesn’t involve drinking with your social circle,” he says.

Those who want to participate in Dry January but are worried about falling off the wagon should fear not, adds Klemos. Friends and family can buy a “Hall Pass” for $20 that allows participants one night off from sobriety—particularly handy for special occasions such as weddings, bachelor parties, and birthdays.

DryJanuary.ca also has several tips for “surviving” the month and maximizing the experience: