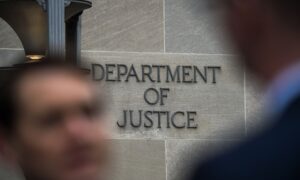 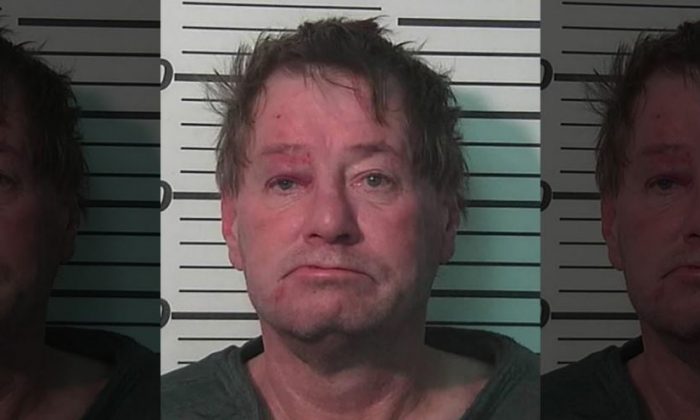 Randal Weed Dickinson, 57, was charged with two counts of attempted murder, one count of possession of a firearm by a restricted person, and 16 counts of felony discharge of a firearm, among other crimes, after allegedly shooting at two men in his house in Francis, Utah on Dec. 9, 2018. (Summit County Sheriff's Office)
Crime and Incidents

A drunk Utah man who fell into a Christmas tree at his house shot at his roommate and the roommate’s son after they helped him to his bed after the fall.

The series of events took place on Dec. 9 in Francis.

Randal Weed Dickinson, 57, was “so drunk that he fell into the Christmas tree,” his roommate told police officers, according to an affidavit obtained by KUTV.

The roommate and his son helped Dickinson to his bed so he could sleep off his drunkenness but as they made their way through the kitchen to go outside and smoke cigarettes, they heard gunshots.

Dickinson emptied the entire clip of his gun while shooting at the men, with one stating that he heard a bullet whiz by him and was worried that he had been grazed.

After he emptied the clip, the two men rushed Dickinson and pinned him until law enforcement officers arrived.

Investigators found 16 shell casings in the hall near Dickinson’s room and police officers who interviewed the alleged shooter said that he was visibly drunk.

Dickinson was booked into the Summit County Jail.

He was charged with two counts of attempted murder, one count of possession of a firearm by a restricted person, and 16 counts of felony discharge of a firearm, reported Fox 13.

He was also charged with one count of carrying a dangerous weapon while under the influence and one count of intoxication.

Nine in 10 Americans and 95 percent of Christians celebrate Christmas, according to a Pew Research Survey.

Many of them celebrate Christmas by decorating their homes, both inside and out.

A key part of the decorations? A Christmas tree. According to the National Christmas Tree Association, there are approximately 25 million to 30 million real Christmas trees sold in the United States every year. The top Christmas tree producing states are Oregon, North Carolina, Michigan, Pennsylvania, Wisconsin, and Washington.

This year, consumers said they were planning on spending an average of $1,007.24 during the winter holiday season, with $215.04 of that planned for food, decorations, flowers, and greeting cards, according to the National Retail Foundation.

A 2017 survey from the Lincoln Financial Group found that millennials typically spend more on the holidays versus other age groups, at an average of $1,400. That was $500 more than boomers and Gen Xers.

Experts said people should save up throughout the year if they plan to spend big for the holidays, and plan ahead and make a budget.