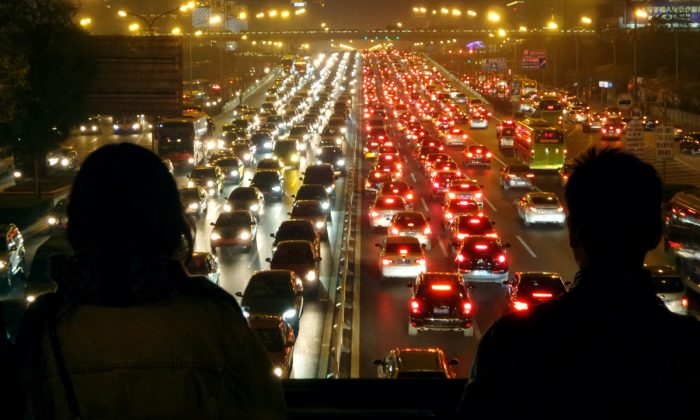 Drunk Driver Begs Police Not to Detain Her, Claims to be an Internet Celebrity

A woman was pulled over for drunk driving, and attempted to get out of the situation by throwing a tantrum and saying that she is an internet celebrity, according to Chinese online news outlet Pear Videos.

The report did not confirm if the woman was arrested, according to the July 26 report.

The unnamed woman was pulled over in the Chinese city of Dongguan in Guangdong Province in the early hours of July 24. The officers told the woman to get in the police car, but the Pear Videos report only concluded with the Chinese police catch-all phrase that “an investigation is underway.”

In a drunken state, the driver pleads with the officers. “Am I going to have to go to jail?” the young woman says in astonishment to the police officer, according to a video recorded by police body cameras. “I don’t want to go to jail!” she shouts, sounding similar to a child throwing a tantrum.

“Is there any way I can get out of going to jail?” she begs according to the recording. The police ignore her. “I’ll have to shave my head in jail.”

“There’s no use in crying,” the officer says to her in the recording, as he tells her to follow them.

“No, let me cry!” the woman says, whining and stepping away from the officers. The officers speak to her as if she were a child, asking if it’s alright for her to cry inside their car.

“Don’t surround me, there are too many people! This is so embarrassing,” the woman shouts at the officers in the video, as she waves her hand and tries to keep them at a distance. “No one will surround you inside the car,” one officer says loudly to her.

The woman then changes her strategy. “I haven’t gone to the bathroom, I can’t get into the car,” the woman says, now acting more pitiable than bratty. “Get in the car and we’ll take you to the bathroom after,” an officer says in an impatient tone.

The video in the report goes black, and only leaves audio. “Did I break the law?” she asks in the video, sobbing loudly after the question. “I’m an internet celebrity, [they’ll] shave my head in jail.”

The officers are heard giving her a lecture about her wrong behavior, which is called “critical education.” This is a form of letting somebody off with a warning.

The report ends without saying if the woman was arrested, and only said that there is an ongoing investigation. This is a catch-all phrase used in China which doesn’t necessarily confirm if the police are pursuing the case.