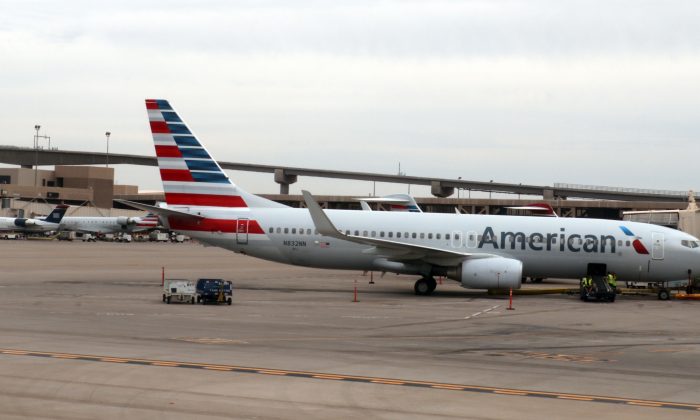 An American Airlines airline plane is seen on the tarmac at Phoenix Sky Harbor International Airport in Phoenix, Arizona, on Sept. 19, 2016. (Daniel Slim/AFP/Getty Images)
US News

Drunk Airline Worker Falls Asleep in Cargo Hold, Gets Flown to Another City

A worker heavily hungover from a night of drinking fell asleep in a plane’s cargo hold and was flown to another city before he being discovered.

The area of the hold where he fell asleep in was pressurized and heated, so the unidentified man survived the one-hour flight, American Airlines said.

Ground employees at O’Hare International Airport discovered the man after the plane landed at the gate.

“Our top priority is ensuring the well-being of the Piedmont employee. He did not request any medical attention upon arrival in Chicago, and we are grateful that he did not sustain any injuries,” the airline said in a statement.

“The American team is very concerned about this serious situation, and we are reviewing what transpired with our Piedmont and Kansas City colleagues.”

Chicago Police Department officers interviewed the man, who told them he had been drinking the night before and fell asleep in the cargo hold after arriving to work.

Well, this may be a first. A baggage handler says he had too much to drink and fell asleep in the cargo of an American Airlines 737. He flew all the way from Kansas City to Chicago! https://t.co/AfpToTnj75

Piedmont Airlines, a regional carrier, suspended the worker pending an investigation. He flew back to Kansas City on another flight, reported USA Today.

The FBI and the Chicago Police Department declined to press charges.