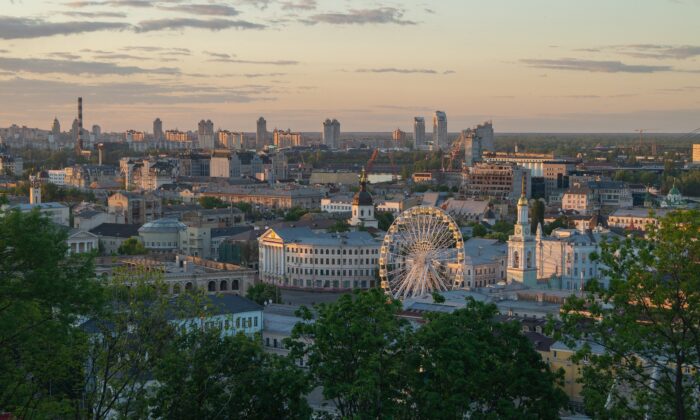 The skyline of Kyiv, Ukraine's capital in a file photo. (Zephyrka/Pixabay)
Russia-Ukraine War

The Tanner Pharma Group announced on Tuesday that the company would be increasing the European supply of Leukine—a drug used to treat radiation sickness—amid renewed threats of nuclear conflict as a result of Russia’s ongoing war in Ukraine.

In a statement released on March 24, the Tanner Pharma Group said it was expanding the availability of Leukine throughout Europe in collaboration with Partner Therapeutics (which owns the patent for Leukine).

“In response to the ongoing conflict in Ukraine, Tanner is supporting preparedness and response in Europe by increasing the local inventory of Leukine that can be rapidly deployed in response to an emergency,” said Banks Bourne, CEO and founder of Tanner Pharma.

Leukine, a drug commonly used in the treatment of cancer patients, was approved by the FDA in 2018 to treat Acute Radiation Syndrome, the scientific name of the condition more commonly known as radiation sickness.

“Leukine was shown to increase survival when administered up to 48 hours after total body irradiation exposure at doses expected to be fatal to 50 percent of those exposed subjects under conditions of minimal supportive care,” the FDA said at the time.

The need for drugs offering relief for radiation sickness is not limited to the detonation of a nuclear weapon: as the war has dragged on, concerns have arisen over Ukraine’s nuclear energy facilities, some of which have been attacked and captured by Russian forces during the war effort. While experts generally agree the risk is low of a disaster befalling these plants, the consequences of such an event would be apocalyptic for the surrounding areas.

The threat of a nuclear disaster looms especially large in the Ukrainian national memory, as the nation was host to the 1986 Chernobyl disaster in the waning years of the Soviet Union. While most of the fallout from the disaster ended up in neighboring Belarus, the beleaguered Ukrainian Soviet Socialist Republic was not unspared from the woes of Chernobyl.

The news from Tanner Pharma Group is part of a trend that sees Europeans spending more on precautionary measures as they brace for the worst possible outcome of the ongoing conflict in Eastern Europe.

Earlier this month, the government of Romania announced it will be distributing 30 million iodine pills—another common medicine that treats radiation poisoning—as it prepares for the nightmare of nuclear fallout drifting through the plains of Wallachia.

At the same time, countries throughout Europe are ramping up military spending, preparing for the event of military conflict with Putin’s Russia. The trend is most severe in Germany, where Chancellor Olaf Scholz committed to raising his nation’s military spending to 2 percent of economic output—its highest proportion in over three decades.

In the best scenario, all of this preparation will have been unnecessary. While the threat of nuclear war is higher now than it was a year ago, it still remains an extreme contingency. Nonetheless, the mere ghost of a threat of heightened aggression is enough to occasion such defensive measures, and with its new announcement, the Tanner Pharma Group has joined the ranks of companies rising to meet the demand for protective measures against the most unwanted contingencies of the Russo–Ukrainian war.