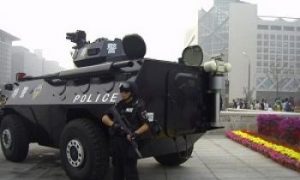 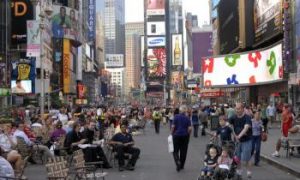 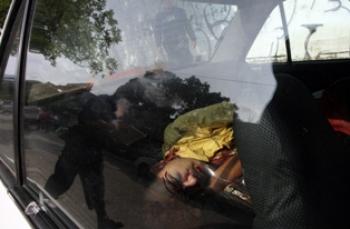 One of the six bodies found dead inside a taxi,in the beach resort of Acapulco. (Pedro Pardo/Getty Images)
US

Print
The bodies of 25 men and a burning car were found outside a shopping center in the Mexican resort town of Acapulco Saturday morning. Another corpse was discovered later that night, according to local newspaper El Sur.

Fifteen of the bodies were decapitated. The victims, all male, were between 17 and 30 years old, according to preliminary reports.

Three messages known as “Narcomensajes,” signed by Mexico’s most wanted man and leader of the Sinaloa cartel, El Chapo Guzman, were found at the scene.

One message said, “To all the city in general, no fee will be charged,” according to El Sur. Another threatened the same fate for others entering the plaza.

This is the greatest number of executions Acapulco has seen in a single day. Across Mexico, nearly 30,200 people have been killed in drug related violence since 2006.