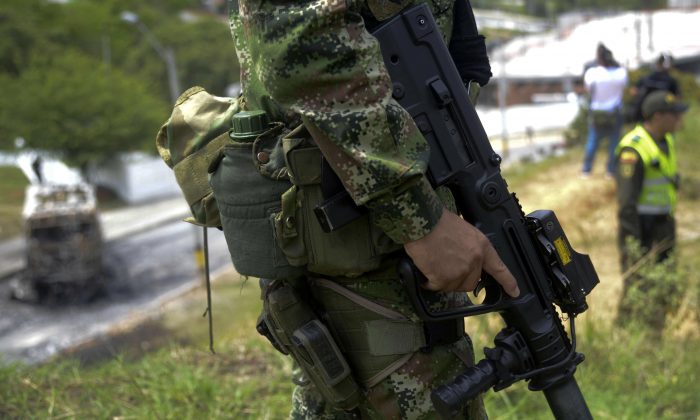 Gálvez, was previously described by the U.N. Office on Drugs and Crime as Latin America’s new Joaquin “El Chapo” Guzman, and one of the most wanted men in Peru, his native country.

Gálvez, 34, was found in the city of Medellin in Colombia and was handed over to Peruvian authorities.

“It is a well-aimed blow to transnational crime,” said Colombian General Jorge Hernando Nieto Rojas about the operation carried out by both nations.

Gálvez is accused of drug trafficking, extortion, and homicide. Officials said he was the leader of the criminal gang “Barrio King.”

Colombian President Juan Manuel Santos praised the country’s National Police on Twitter, describing “Caracol,” which means snail, as “one of the most feared crime capos in the region.”

Colombian officials uploaded videos of Gálvez in custody and with Peruvian authorities on social media.

Gálvez had previously been apprehended when he was 21. He was sentenced to 15 years for homicide. Similar to El Chapo, Gálvez escaped from prison in October 2014 and had since been hiding and operating illegal activities, said Colombian officials.

“No nation in the hemisphere will be a refuge for drug traffickers,” said General Nieto after the arrest of Gálvez.