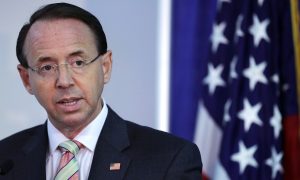 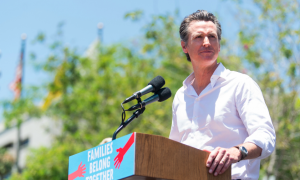 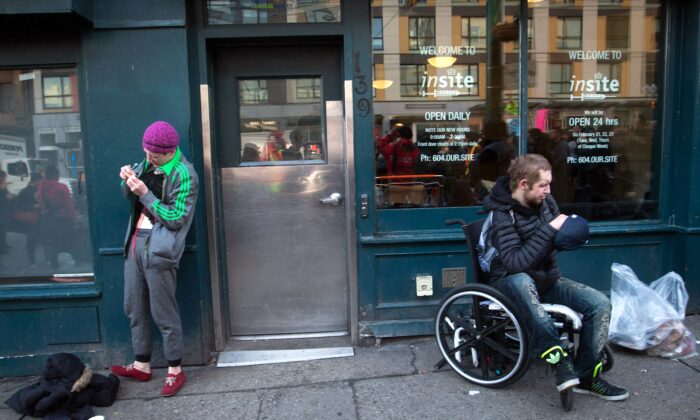 A woman prepares to inject herself with an unknown substance as a man sits in a wheelchair outside Insite, the supervised drug consumption site in Vancouver’s Downtown Eastside on Feb. 21, 2017. (The Canadian Press/Darryl Dyck)
Viewpoints

Drug Injection Sites Are Not the Answer to Helping Addicts

The bells tolling opioid deaths in Canada incessantly ring. They toll for the nearly 14,000 individuals who have died from opioid overdoses from January 2016 to June 2019. Part of the federal government’s response to this ongoing tragedy has been to authorize the establishment of even more supervised injection sites (SIS). This will not solve the problem.

The establishment of safe drug injection sites is based on the concept that addicts cannot change and therefore must be provided with clean facilities and medical supervision to inject their drugs as needed. This assumption is contradicted by the thousands of former drug addicts who have sought treatment and now lead healthy, productive lives. In fact, the fundamental solution for a drug addict is abstinence-based treatment rather than easy access to facilities to continue to inject drugs.

The problem with the supervised consumption approach is that it deepens the addiction. Well-off individuals can afford to obtain treatment for their addictions, but it is the addicts without money or support who are shuffled off to an SIS, where they inject themselves with street drugs. Their addiction continues and leads to their further degradation and eventually a difficult death.

Advocates of supervised drug-use sites argue that these facilities provide opportunities for the addict to seek treatment. The latter is not the priority for such facilities, however, as very few addicts take advantage of treatment offered them. SIS staff don’t exert pressure on addicts to seek other treatment since they believe the addicts must make their own independent decisions. But a drug addict, without support, is unable to do so.

In contrast, Sweden, a very liberal country, has a drug policy based on zero tolerance and mandatory treatment in exceptional cases. Treatment facilities are also widely available there. As a result, Sweden has the lowest rate of drug use in Europe. It is noteworthy that the effectiveness of treatment is the same whether it is voluntary or mandatory.

The federal government’s authorization of more safe consumption sites is based on claims that these facilities are beneficial for drug addicts as they allegedly save their lives. However, evidence supporting this proposition is unreliable.

A study published in the British medical journal The Lancet on April 18, 2011, was pivotal in the decision by the Supreme Court of Canada, handed down on Sept. 30, 2011, to prevent the federal minister of health from closing the Insite facility in Vancouver’s Downtown Eastside, the first legal SIS in North America. The study purported to show that, associated with Insite, which opened in September 2003, there was a 35 percent reduction in overdose deaths within a 500-metre radius around the facility, while in the rest of Vancouver the rate decreased only by 9 percent.

However, a letter to the editor published in The Lancet on Jan. 14, 2012, from an international medical team of drug experts exposed an egregious error in the study, stating that a review of B.C. Vital Statistics reports from 2002 to 2005 showed an increasing trend of overdose deaths both for Vancouver and for the Downtown Eastside area around Insite. The letter also referenced an extended analysis of several other errors in the study, some of whose researchers had advocated for Insite.

One of those errors was the failure to note that 41 percent of B.C.’s overdose fatalities were not even injection-related. The analysis also pointed out that the study’s claim of a reduction in overdose deaths was strongly influenced by the inclusion of the year 2001—but failed to note that 2001 was a year of markedly higher heroin availability.

The federal government’s Expert Advisory Committee (EAC) report on safe injection sites released in March 2008 found that, based on mathematical modelling, Insite had saved about one life per year by intervening in overdose situations. However, the report warned that there is no direct evidence that the facility influenced overdose death rates and noted that mathematical modelling is based on assumptions that may not be valid.

The EAC report estimated that each addict commits $350,000 worth of crime per year through stealing, break-ins, and auto theft in order to support a $100-day-habit.

A February 2012 position paper by the Ontario Association of Chiefs of Police (OACP) stated that the OACP did not support the introduction of supervised injection sites in Ontario on the grounds that “empirical research over the years has shown a relationship between drug consumption and criminal activity.”

“Those advocating for the introduction of supervised injection facilities should examine the evidence showing that illicit drugs are harmful and also review the correlation between addicts and property crime which, in turn, translates into greater victimization of the local community,” the paper said.

In fact, drug injection sites are destructive for the communities in which they are established, including making it unsafe for passersby and harming local businesses.

Since the opening of four drug injection sites in the Moss Park area of Toronto in 2017, residents said they were seeing more used needles and garbage in streets and parks, dealers openly selling drugs, and people yelling abuse at passersby, the Toronto Star reported in 2018.

Calgary’s only SIS, which opened in October 2017, has seen a substantial increase in drug, violent, and property crimes within a 250-metre zone of the site. Alberta Premier Jason Kenney has said a review launched by his government last year of the province’s seven harm-reduction facilities shows that criminal activity and disorder around consumption sites has increased.

Substitute Opioids Are No Solution

Providing opioid-dependent patients with substitute opioids such as methadone and hydromorphone does not help the addict in the long run. Although methadone helps patients manage their withdrawal symptoms and cravings without getting high or risking an overdose, its use still doesn’t make much sense as the addict remains addicted to an opioid for life.

This approach merely creates another opioid problem: never-ending maintenance treatment. It is a tragic fact that many intravenous drug addicts have health, social, and mental problems for which they are not being given support or treatment. Instead, they are offered only maintenance therapy, which continues their addiction.

According to the OACP’s paper, “supervised injection sites around the world have focused on the individual without adequately addressing the treatment component.” In fact, addicts urgently need abstinence-based treatment.

A compassionate society must not further undermine addicts by enabling their addiction by way of drug consumption sites. A far more effective approach would be to provide them with adequate treatment at detox centres as well as providing other community support systems to deal with their myriad problems—problems related to social, economic, mental and/or physical health—in order to break their destructive addiction.

This is something that supervised injection sites, with their primary focus being “safe” drug use, have no way to achieve.

Gwendolyn Landolt is vice president of the Drug Prevention Network of Canada and was one of the interveners in the Supreme Court of Canada case of 2011 that resulted in a decision legalizing drug injection sites. Landolt has had a long legal career, including as a Crown prosecutor and a lawyer for the federal government. Her latest book is “From Democracy to Judicial Dictatorship in Canada: The Untold Story of the Charter of Rights.”