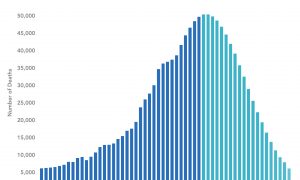 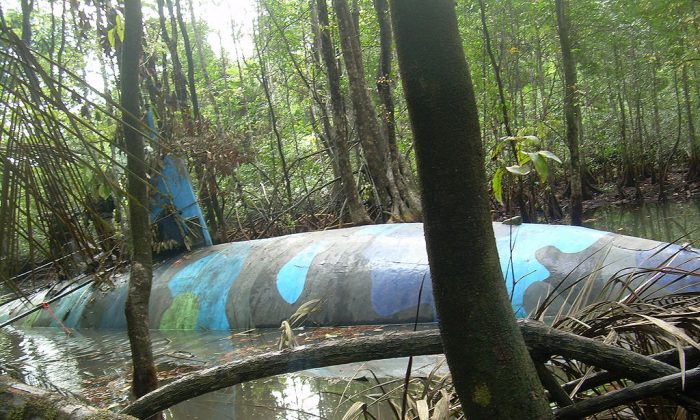 Up from the depths… a narcosub captured in Equador. (Commons Wikimedia, US DEA)
Americas

It will come as no surprise to anyone that drugs are big business, so when a drone crashed in a car park of a US border town weighed down with several kilos of narcotics, it was just another example of smugglers taking advantage of the latest in technology.

Studying technological innovation in the war on drugs, I’m often asked what methods smugglers use: pick any object or artefact you care to name and it’s almost certainly been tried.

Over decades, drug smugglers have developed many ways of transporting and concealing their trade, often demonstrating very high levels of technical expertise, scientific knowledge, and adaptability. Drug smuggling organisations are highly innovative, so mobile phones, GPS, and better intelligence gathering strategies are used to make their business easier, and that of law enforcement more difficult.

Even if smugglers cannot always match the high-tech equipment used by law enforcement, they still remain one step ahead of their pursuers, whether by land, air or sea.

From Mules to Any Old Object

During the 1980s smugglers mainly used small aircraft to deliver air drops, or by commercial airlines or cargo aircraft. Drug mules, who carry drugs either in clothing, baggage or inside the body to their destinations, are still very common. Often drugs are smuggled by swallowing small, usually latex containers.

On average a “mule” is arrested every day in El Dorado, Colombia’s main airport. And Colombian Police recently discovered that as a way to evade X-rays (or confuse the policeman looking at the screen) smugglers had switched to using liquid cocaine, instead of powdered solids. In recently years there have been reports of people transporting drugs via a small incision on the thigh or breast implants, and in 2013 a Canadian was discovered carrying a latex pregnant belly filled with cocaine.

In 2014 nearly 700 parcels cases were reported in the cargo airport of Bogotá, demonstrating a wide array of objects used to transport drugs: magazines, children’s books, computers, a prosthetic leg, coffee, a mirror, an aquarium, a drum, sandwiches, an oscilloscope – you get the idea. And here I’m mentioning only the ruses used in Colombia – at the US-Mexico border other techniques are common, from ultralight planes and even catapults.

For larger quantities, smugglers prefer going by sea: cargo ships, fishing ships, go-fast boats, and even submarines. The cartels began using go-fast boats in the nineties, usually a small fishing boat equipped with engines that allows them to surpass 25 knots, and increase speed and cargo capacities. This led to a competition between smugglers and the Colombian Coast Guard.

During the 1990s smugglers also used yachts and sailboats because these allowed them to hide greater amounts of cargo and to make longer trips. Smugglers developed considerable engineering skills, using fibreglass to build compartments to save weight and carry more cargo. Another method used extensively during this time – and still used today – is to hide drugs in commercial cargo ships travelling on commercial routes. This means greatly increased cargo capacities, and less risk to personnel as the cargo is unescorted. The Colombian police’s biggest drugs bust of 2014 was almost seven tonnes of cocaine in a container carrying pineapples.

But surely their most impressive feat is the narcosub: a name given to describe a diverse range of submersible and semi-submersible boats. They can be crewed or unmanned, usually built in the jungles near to Columbia’s Pacific coast (although one was discovered while being built in Ecuador).

The design of narcosubs gives some indication of the wide range of knowledge required to create them – from local knowledge construction techniques to formal engineering skills – which are brought together by the drugs trade. Some narcosubs are designed to be towed underwater or remote-controlled, others designed with boat hulls but sealed, allowing almost all of the hull to be submerged, to reduce visibility.

Enforcement agencies do make huge efforts to counter all of these innovations. But while the smugglers succeed by getting any amount of drugs through, guaranteeing a return on an initially cheaper investment, law enforcement’s aim for total control means any breach represents failure. Looking at the big picture, capturing 200 tonnes of cocaine a year would hardly make any difference to drug smugglers’ trade, except to drive them to come up with yet more innovative methods.

Amid all this and the history of the war on drugs, it shouldn’t come as any surprise that smugglers have started using drones. The question should be, for how long they have been using them? And if and when the drones fail – are intercepted, or shot down, or tracked – the smugglers will be sure to have another new (or old) trick up their sleeve.