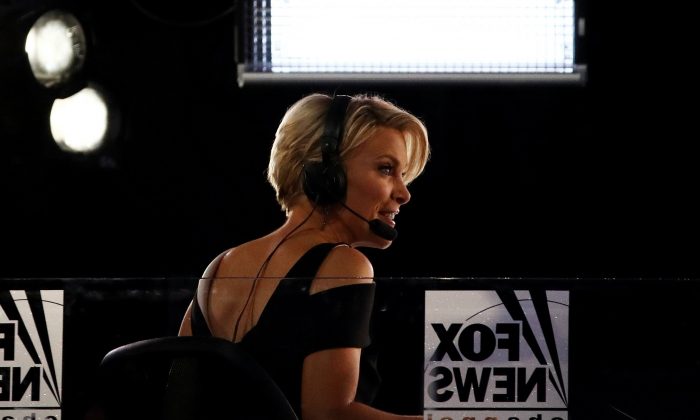 Fox News political commentator Megyn Kelly reports during the evening session on the fourth day of the Republican National Convention at the Quicken Loans Arena in Cleveland, Ohio on July 21, 2016. (Win McNamee/Getty Images)
US

Megyn Kelly might leave Fox News for a role at CNN, according to a Drudge Report exclusive, citing “a top insider.”

The report said CNN President Jeff Zuker is pursuing Kelly for a spot at either 8 p.m. or 9 p.m. on his network.

“He is moving the Himalayan mountains to get her,” the insider told Drudge. “But they are tripped up on money. He simply can’t pay her the $20 million a year FOX has on the table.”

But it might be difficult to wrestle Kelly away from Fox, as her show is a ratings juggernaut. Among individuals between the ages of 25 and 54, Kelly pulled in an average nightly audience of 641,000 viewers, beating out all other cable news programs in that key demographic, according to ratings in early November. The report said she averaged more than 2.9 million viewers.

The Wall Street Journal reported last month that she’s seeking a contract above $20 million per year. “It’s up to her,” said Fox chief Rupert Murdoch in the WSJ report, while adding that other Fox anchors “would give their right arm for her spot.”

Citing its insider source, Drudge reported that Kelly is “despised” by other on-air talent at Fox, adding that “it’s gotten only worse since the release of her book, which is expected to end the holidays under 500,000 total copies sold,” the report said.

A source close to the matter told Drudge that Kelly would be an international star with the “the opportunity of lifetime” ahead of her. “She could even star in a movie at Warner Bros.,” the person said, referring to CNN’s parent company.