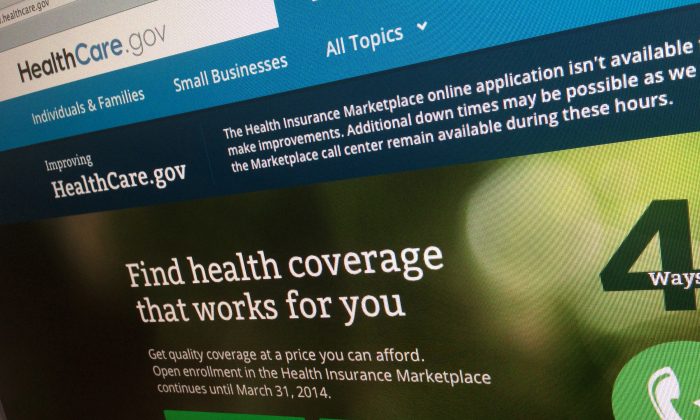 This photo of part of the HealthCare.gov website is photographed in Washington, in this Nov. 29, 2013 file photo. (AP Photo/Jon Elswick)
US

The US Court of Appeals for the Fourth Circuit, in Richmond, upheld subsidies for health insurance premiums for people who use the federal insurance exchange. The court said the IRS rule was “a permissible exercise of the agency’s discretion.”

A few hours earlier, the US Court of Appeals for the District of Columbia Circuit said the government could not subsidize insurance for people in states that use the federal exchange. The decision could prevent financial assistance for about 4.5 million people who could get subsidized insurance.

The federal marketplace serves 36 states via the Obamacare website HealthCare.gov.

The White House said it would call on the Washington DC Court of Appeals to review the decision.

“We feel very strong about the sound legal reasoning of the argument that the administration is making,” White House spokesman Josh Earnest told the Washington Post. “There’s a clear, commonsense case to be made here, which is that intent of Congress was to be sure that every eligible American who applied for tax credits to make their health insurance more affordable would have access to those tax credits whether or not the marketplace was operated by federal officials or state officials.”

Both cases are part of a long-running political and legal campaign to overturn Obama’s signature domestic legislation by Republicans and other opponents of the law.

In the Washington case, a group of small business owners argued that the law authorizes subsidies only for people who buy insurance through markets established by the states — not by the federal government.

That’s no mere legal distinction, since the federal government is running the markets, or exchanges, in 36 states.

A divided court agreed with that objection, in a 2-1 decision that could mean premium increases for more than half the 8 million Americans who have purchased taxpayer-subsidized private insurance under the law.

Two judges appointed by Republican presidents voted against the administration’s interpretation of the law while one appointed by a Democratic president dissented.